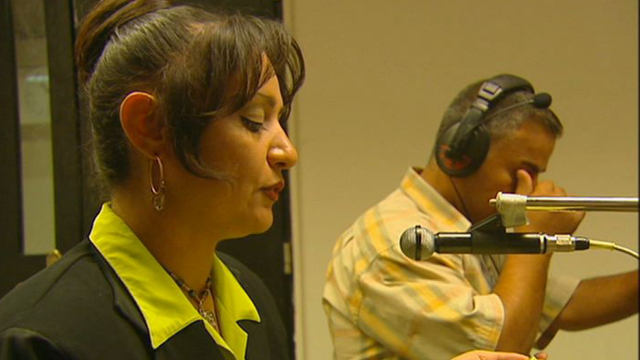 Since the war ended 180 newspapers have entered the market. But the most popular is a Coalition-backed paper which has swamped the market.  Iraqi journalists are complaining.

Al'aa Al Jabouri used to work for Uday Hussein's TV.  She now works for the US-backed Iraqi Media Network. Despite the radical difference between her bosses, she feels that not much has changed. "I can't say 'American occupation' but 'alliance forces', I think this is stupid!"  The plethora of newspapers seems to indicate a much freer society.  Editor of the popular Al-Azzaman has noted the changes, "Newspapers owned by different political parties or by the coalition can put out partisan points of view." But the Coalition has left nothing to chance.  The US-backed Al-Sabah is Iraq's best selling daily - it costs a third of the price of its main competitors. And censorship is increasing by the day. The Iraqi Government council has recently placed restrictions on one paper and accused another - Al Arabya - of encouraging terrorism. Once again the Iraqi people will have to decipher for themselves what is worth listening to.
FULL SYNOPSIS
TRANSCRIPT