Who Wants to be a Trillionaire? 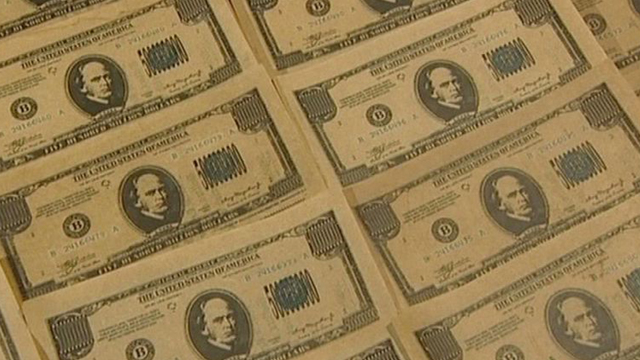 One of the most audacious frauds ever attempted was uncovered last week after two men were convicted of faking bonds worth $2.3 trillion.

The men claimed the US treasury bonds had been issued as part of a covert operation in the 1930s. But closer inspection revealed they were produced on inkjet printers in the 1980s. Features exclusive interviews with one of the conspirators and the inspector investigating the case.
FULL SYNOPSIS
TRANSCRIPT