The legendary Peruvian town of Paradise was once a tropical utopia. Founded in the jungle by earthquake survivors, its residents dreamed of creating a new future for their families. But their dream soured when the town was taken over by drug lords. 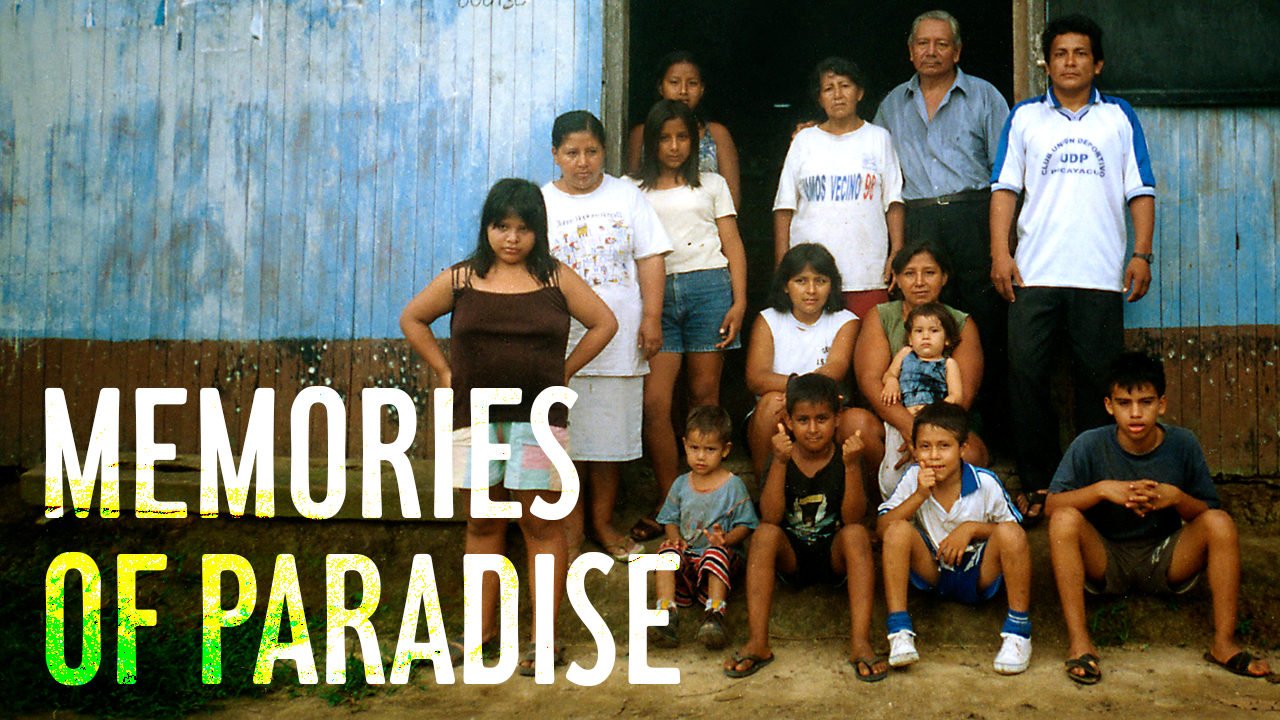 The ensuing battles attracted the wrath of the government, sparking two decades of political violence. All the inhabitants fled. But now, despite reports the guerrillas are regrouping in the area, the original residents are slowly returning. For the first time, they tell their harrowing story.

In the heart of the Peruvian jungle lies a mysterious, abandoned town. For decades, no outsider was allowed in and the only point of entry was guarded by drug traffickers or guerrillas. Now most of the houses lie in ruin as the jungle reclaims the land. Paradise was founded after a powerful earthquake buried the city of Yungay, killing 70,000. The survivors were given government aid to settle a new town in the jungle. “Paradise – that’s what we called it. Because it was so green,” recalls resident Eloy Montanez. “We thought we’d been born again when we found ourselves among the trees, like Adam and Eve.” Initially, the government subsidies enabled the settlers to grow corn, coffee and other crops. But when the economic aid ended, the residents turned to coca cultivation. The valley soon became the source of 60% of the world’s coca leaves. “When the drug traffic was going on, Paradise was fantastic,” states Wilson Ocim. Resident Fidel Tello agrees. “Everybody had one or two cars, three motorbikes…” Drugs were flown out of one of the valley’s seven airports as local authorities turned a blind eye in exchange for bribes. Then the Shining Path Maoists burst into the drug traffickers’ paradise. At first, they protected the dealers in exchange for a share of the profits. But soon they launched an audacious bid to take over the market and started terrorising the residents. Hundreds were killed in the ensuing battle for control, which lasted two days. The battle prompted the government to launch a full-scale assault on the Maoists. Paradise was bombarded and became engulfed in the wave of political violence sweeping the country. Of the 50,000 Peruvians believed to have perished during this period, 1,000 came from Paradise. Gisella del Agulla is one of those who lost a relative to the violence. She struggles to contain her emotions as she describes searching the river for their bodies. “So many dead bodies in the river … their heads cut open, their breasts cut open, their eyes cut out…” The political violence forced everyone to flee the town. Now a few of the inhabitants are starting to return. “I hope it will be better than before,” states resident Felix Miranda. “With no drug traffic, no terrorism...” But the Shining Path are regrouping in the area. Could the past be about to repeat itself?
TRAMAS
Directed by Sonia Goldenberg