An unrivalled insight into the frequently misunderstood mysteries of voodoo. 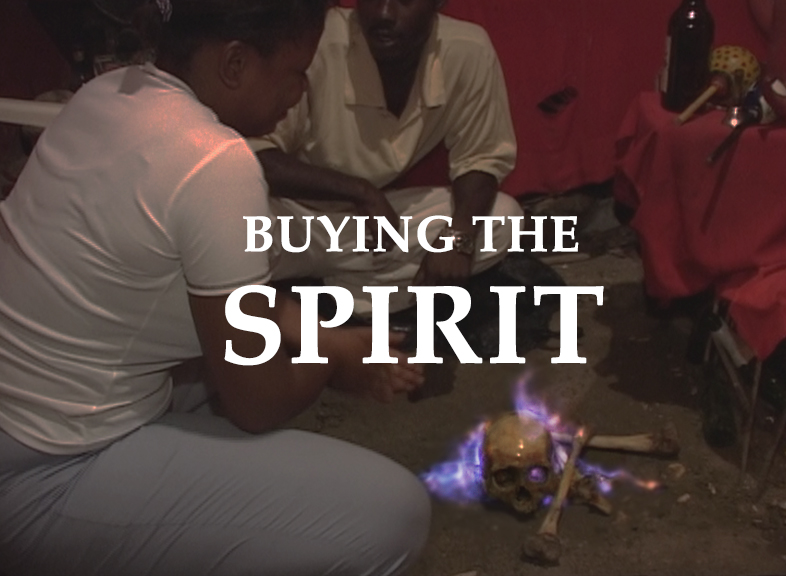 For many people, voodoo is synonymous with black magic and malevolence. It's regarded with suspicion, conjuring up images of animal sacrifices and mutilated dolls. Beautifully-made with unbelievable access to voodoo practitioners, this film offers an unrivalled insight into this frequently misunderstood religion.

"Lucifer, King Lucifer, let the one I'm talking about disappear from this earth. Let him go to hell," chants 61-year-old voodoo priest Vladimir Bernadel. A human skull is set on fire and the curse is slowly repeated. Vladimir has turned to the dark side of voodoo because he's desperate for a quick solution to his problems. The ex-boyfriend of his teenage lover wants to kill him, his business is declining, and the 30 family spirits he normally commands will no longer do his bidding. His problems began after he 'bought' a spirit and made him master of his own family spirits. "Now they are mad as hell," he confides. The family spirits won't accept an outsider and now only work when they want to. As a result, his business is failing at a time when he needs more money to retire. Nearly everyone in Haiti believes in voodoo. They turn to priests like Vladimir or secret voodoo societies for support and protection. Yves and Odette Theophile are no exception. They belong to the secret society Ayan Pata. "Voodoo is like a mother and father," explains Yves. "It gives me strength." This last year has been devastating for them. Five of their children died, their business collapsed, and all their savings were used up paying for the funerals. Now they spend their time making rope from old plastic bags. "I feel shattered. Everything is lost," despairs Yves. Fortunately, their voodoo society offers them some form of aid. Everyone has to pay a small contribution to attend the meetings and the person who is most in need receives all the contributions. This time the proceedings go to Yves and Odette. They invest the money in ingredients for patties to sell at the local market. With the small profit they make they buy food for their children and invest in more things to sell. Meanwhile, Vladimir's problems are getting worse. He is worried that his young girlfriend will leave him. He performs a ceremony to secure her devotion and then tries to buy a new spirit to solve his financial problems. "The family spirits are a little lazy. They work when they want to work ... But when you buy one he behaves like a slave," he explains. But there is a danger that things could get out of hand. Some bought spirits even demand a sacrifice like a child or family member in exchange for doing the kind of tasks that bring in serious money. The kind of jobs that his family spirits refuse to do. There is also the problem of his love rival to deal with. When Lucifer failed to kill Vladimir's enemy, he appeals to a stronger lord for help. In a top-secret ceremony the priests set fire to a cross in a graveyard and call upon Baron, Lord of the Cemetery, for assistance. Then Vladimir goes home to wait for Baron to strike down his enemy. The personal tales of Vladimir and Yves reveal two very different aspects of voodoo. Vladimir uses it to gain wealth and power, while Yves turns to it for comfort after the deaths of his children. Their stories offer an objective view of the religion that means so much to so many. Does it really deserve its maligned reputation? Directed by Saskia Rietmeijer & Bart Drolenga
FULL SYNOPSIS
TRANSCRIPT