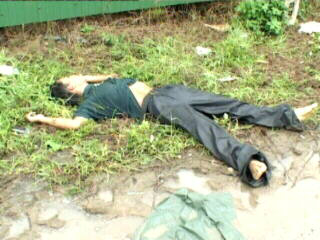 Thousands of innocent people are being murdered in 'Silent Killings' as the Thai authorities continue their hard-line war on drugs.

The Prime Minister's promise to the King to eradicate drug use was a promise he needed to keep. In order to crack down on the 3 million amphetamine users in Thailand, the authorities have resorted to ruthless strategies. Thousands of 'blacklisted' people have been killed and any evidence implicating the police destroyed. General Sant stands by the bodies of three dead people found with a stash of drugs.  It is a wonderful photo opportunity. "This is war! We won't shoot at people until they shoot at us", he claims. Yet people are beginning to think differently. Produced by Mentorn
FULL SYNOPSIS
TRANSCRIPT