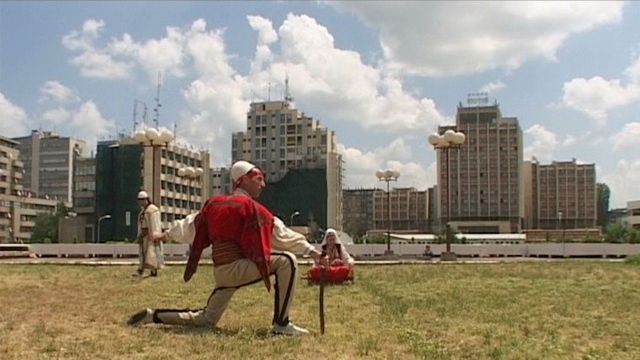 The UN struggles to reconcile former enemies in the aftermath of the war in Kosovo.

Hassan is one of the hundreds of thousands of Kosovo Albanians whose houses were damaged during the war. Rather than rebuild his home, he moved his family into the flat of a local Serbian woman, and is now refusing to leave. With the UN busy mediating in property disputes, there is no system in place to deal with the illegal constructions that have gone up since the end of the war.
FULL SYNOPSIS
TRANSCRIPT