Decades of American sanctions have left Cuba weak and impoverished. But far from being crushed, Cubans have embraced the opportunities to improvise. No lack of American goods is going to stop them enjoying themselves. 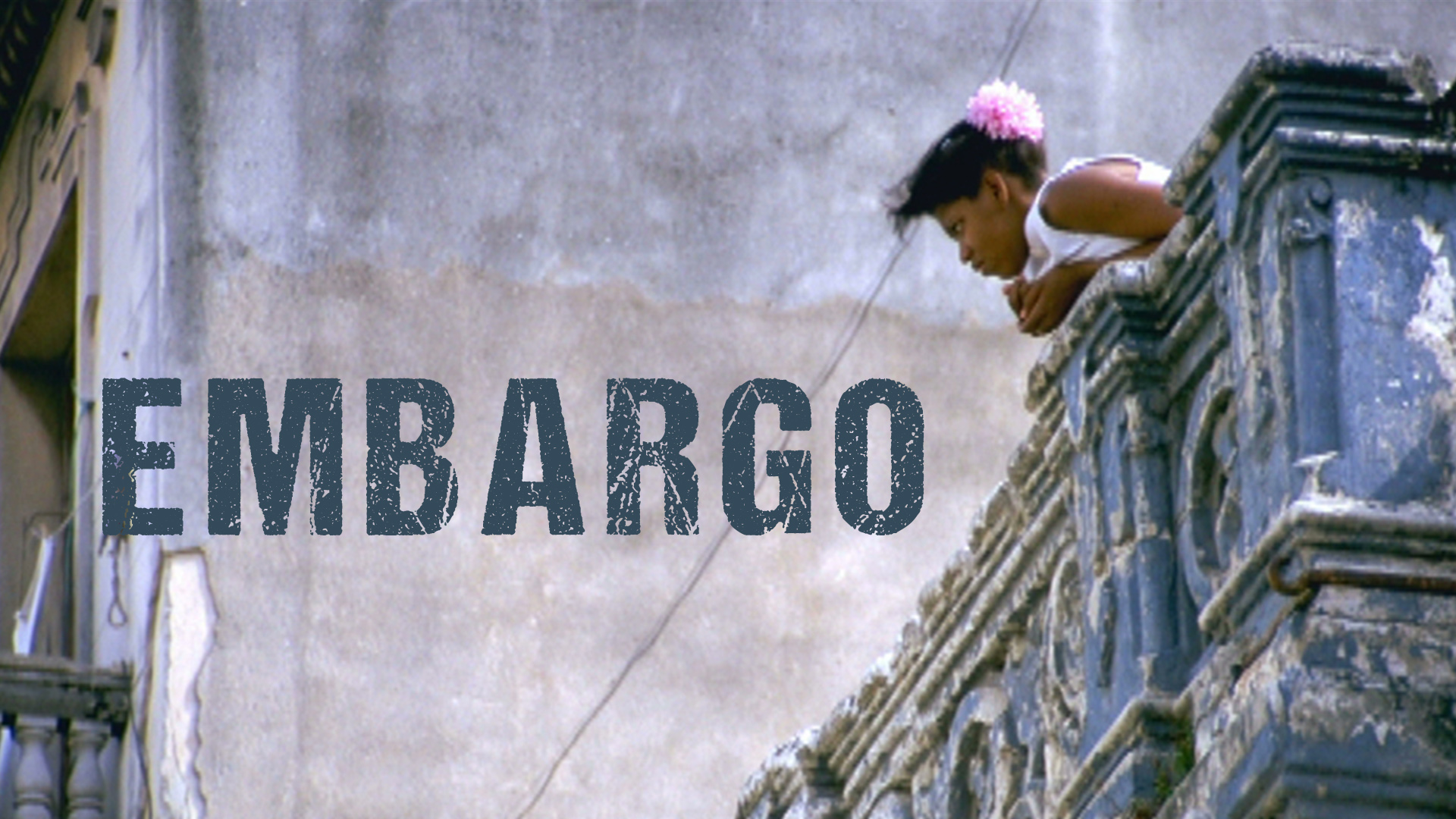 Decades of American sanctions have left Cuba weak and impoverished. But far from being crushed, Cubans have embraced the opportunities to improvise. No lack of American goods is going to stop them enjoying themselves. Community spirit and ingenuity are must haves in a destitute nation and Havana throws up numerous examples of both. A colourful and expertly crafted film, Embargo is a potent reminder of the indomitable nature of the human spirit.

A group of laughing children cluster together in the street. With no toys to play with, they must make their own entertainment. Today's game involves a ball and the squares of a grid, each of which are assigned numbers. "What do you call the game?" enquires the reporter. "The Gutter," they reply, drawing back to reveal that they are crouched over a drain. Cheerfully, they have transformed playing in the gutter into a sophisticated and popular game. For almost half a century the US has imposed a total trade embargo on its communist neighbour. Unmoved by the consequent poverty and epidemics, America has fiercely persisted with its policy of economic isolation. Previously, Cuba received generous subsidies from the Soviet Union. But the USSR's demise has reduced Cubans to surviving on ingenuity alone. "In all aspects of life people substitute and improvise," comments a young Cuban. With no make-up available, women resort to alternative products. "There was no Maybelline so I'd fix my eyelashes with shoe polish," confides a smiling lady. " We'd put blush on with crayons and use toothpaste as deodorant." During the harshest years, half the country was unemployed and almost all state businesses operated at a loss. Yet rather than despair, many chose to turn to private enterprise. Their challenge was not only to create functioning products, but also to find suitable components. A bearded man proudly demonstrates his motorbike. "I used a Chinese bicycle, a two-horse power motor, shock absorbers and the front of a Soviet rig," he boasts. At an art gallery the exhibits consist simply of local products. "The exhibition was a testimony to the production of objects," comments one of the artists. It seems to be this creation process that is at the centre of daily Cuban life. Cubans are essentially thrifty, whether by nature or circumstance. They perceive shortage as an obstacle that may be surmounted by sheer inventiveness. Whenever people are priced out of some commodity, a challenge is laid open to anyone who can manufacture the best substitution for it. "You can't just buy things. You have to invent them," a woman explains. "I like my work," declares a man who repairs glasses with spoons. "I make a living by solving people's problems. It's very satisfying." Rather than labouring on a production line and repeating one step interminably, the craftsmen here are involved in the entire process. It is they who first identify the gap in the market and they who puzzle out each stage of its construction. This is clearly why they have such pride in the finished product. "In Cuba we don't have money but we have time. Over this ruin, you can see the talents of people being used." Embargo is an inspiring tribute to the power and resources even of the poorest. A kaleidoscope of intimate shots captures the colour and vibrancy of everyday life on the streets of Havana in a celebration of Cuban thriftiness and survival. VHS SALES NOT AVAILABLE TO AMERICA
FULL SYNOPSIS
TRANSCRIPT