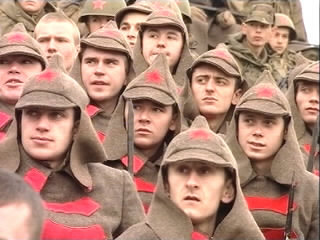 The breakaway Republic of Transnistria looks set to be the cause of more tensions between Russia and Moldova. We bring back a report looking at the renegade province.

When the Soviet Union collapsed, Eastern Moldova broke away from the rest of the country and moved closer to Russia. The self styled Republic of Transnisitria is recognised by no other nation. It relies on 1,200 stationed Russian troops for protection and its criminal gangs have moved into Moldova. Now Moldova is pushing for a Russia withdrawal from Transnistria. "Transnistria is a festering criminal sore which is infecting all its neighbours," states expert Dr Galeotti.
FULL SYNOPSIS
TRANSCRIPT