Bread over the Fence

The sleepy Bulgarian villages of Pokrovan and Bardarski Geran seem the perfect models of tranquillity. Bread is baked daily, farmers tend their land and age-old traditions are adhered to. But only a decade ago these villages were shrouded in hate. 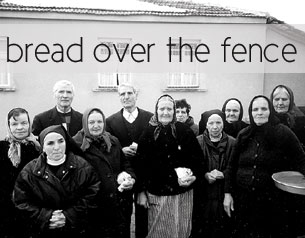 The sleepy Bulgarian villages of Pokrovan and Bardarski Geran seem the perfect models of tranquillity. Bread is baked daily, farmers tend their land and age-old traditions are adhered to. But a few decades ago the situation was completely different. Catholics were harassed by their Orthodox neighbours and persecuted as enemies of the state. The region was marred by bloody conflict. This week's beautifully filmed documentary traces how friendship came to replace enmity. We follow the villagers over the course of a single day as they reveal how they came to reject violence. Winner of the Best European film at the Leipzig Festival.


In predominantly Orthodox Bulgaria, Catholic villages like Pokrovan were once regarded with suspicion. "When I was newly married, we were forbidden to go to Church," recalls one villagers. "My husband and I had to christened our children secretly." Catholics were sent to concentration camps and persecuted as 'foreigners and traitors' while priests were murdered. In this climate of persecution, they turned against all those who did not share their faith. One resident was ostracised by her family after she married an Orthodox man. "We invited them to the wedding but they refused to come," her husband states sadly. Now Catholics are free to practice their religion in peace and past conflicts are a fading memory. "If one is good, it doesn't matter whether he is a Muslim," declares Nacho. He and his wife Yanka 'adopted' a Muslim family after they were left childless. They meet their new family after Yanka gave them some bread when they were taking their flock of sheep out to graze. "We regard them as our parents and they accept me as their son," declares their adopted son Boiko. "He is a Muslim and we are Catholics. But it does not stop us helping each other," replies his 'mother.' This sense of community is felt by all the other villagers. "My greatest treasure is that I meet 300 people every morning," enthuses the village baker. "It gives me a sense of belonging." In the second village of Bardarski Geran in Northern Bulgaria mixed marriages have reconciled many differences. Families celebrate both Orthodox and Catholic Easter festivals. "Bread does not divide people into Catholics and Orthodox," says the father. They tell the story of their path to revelation and how they came to discover that the people closest to them were not of their own faith. Now the main problem in both villages is poverty. In the post Communist transition many people have been left worse off, particularly the minorities. "The biggest pain is the lack of jobs." says one heart-broken man whose children have moved away to look for work. "We don't have enough money. We are barely managing," complains one resident. The Catholic villagers feel that they have been ignored by the state because of their religion. But the poverty has united people and they have a common will to help each other. By living side by side they have come to their own conclusions about how and why to respect each other and have realised that the need for bread, friendship and kindness need not lead to a fence between their worlds.
FULL SYNOPSIS
TRANSCRIPT

Bulgarian director, Stephan Komandarev was born in 1966. He graduated from the Medical Academy of Sofia (1993), and later from New Bulgarian University (1998), where he earned a degree in film & TV directing. Other credits include: