The Right to Feminity

Over 130 million women are thought to have been subjected to genital circumcision. Marion Mayer Hodahl returns to Africa to investigate attitudes towards this barbaric tradition. 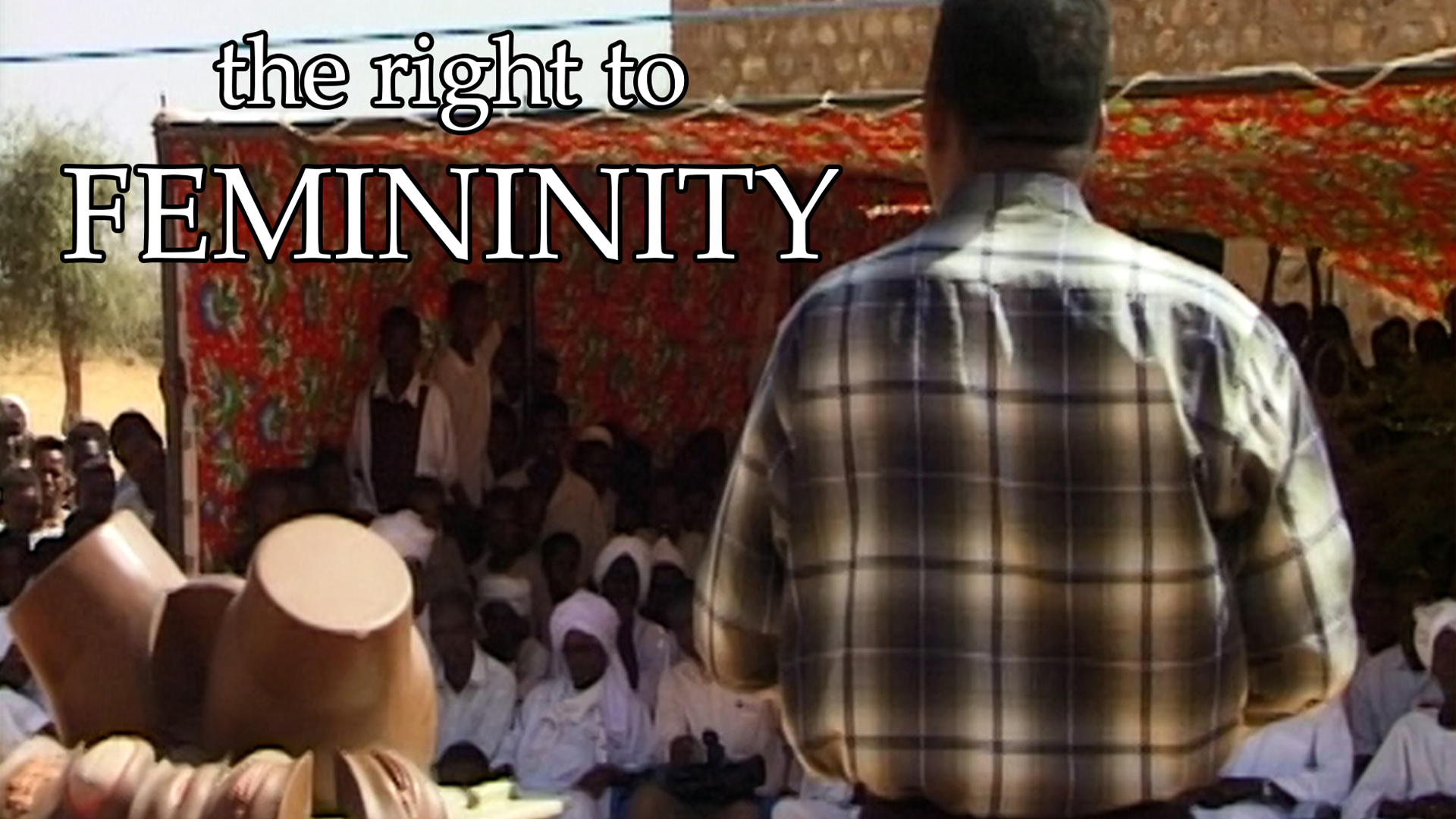 Over 130 million women are thought to have been subjected to genital mutilation. In the West, it is seen as a gross abuse of women's rights, fostering pain, illness and difficulties in childbirth. But despite increased legal clampdowns and concerted attempts at re-education, around 6,000 girls a day are still subjected to this practice. Renowned filmmaker Marion Meyer Hohdahl revisits Africa ten years after her first trip to examine whether attitudes are changing towards this barbaric practice. The result is a hard-hitting and seminal film, beautifully and expertly filmed across Africa's stunning landscape. Essential viewing.

"I closed the girl up with a thorn," boasts a traditional circumciser. "I was proud I was the best exciser. The opening was very small." For her trouble, she was given a goat and a camel at the girl's wedding, to thank her because the opening was so narrow. The girl had been subject to a Pharaonic circumcision, or infibulation, where the clitoris and outer and inner lips of the labia are removed and the scraped sides of the vulva joined across the vagina. The wound is then closed with thorns. Across Africa, this most extreme form of genital mutilation is commonplace. NGO worker Berhane Ras-Work explains why. "It's for men. Excision is done to maintain the virginity of the girl for her husband. It's done to reduce the sexuality of the women, to be manageable for the husband, less sexual." It is often difficult for uncircumcised women to find a husband. Men believe such women are unbridled and become nymphomaniacs. Intact genitals are considered ugly, and an uncut woman is often known simply as 'unclean'. But it is the women themselves who often insist on the mutilation, and who perform the circumcisions. Koura Tenne had the procedure ten years ago. "I screamed when the circumciser cut away the clitoris," she recalls. "But after that I didn't any more. It wasn't so terrible. If I have a girl, I'll let her be cut too." But the medical impacts of any form of circumcision, especially pharaonic excision, is devastating. "I couldn't urinate for three or four days," recalls Fatima Hassan Ahmed. "I screamed loudly and finally I could urinate. It was terrible; the wound became infected." Women also have problems menstruating and during childbirth, the healed up genitals can be torn wide open and the child stillborn. Midwives often have to cut the vulva of the woman, which can become infected or haemorrhage. Furthermore, the same razor blade is often used in several circumcisions, leading to the spread of diseases like Aids. Islam also plays a controversial role. Sunna, a less extreme form of circumcision where only the tip of the clitoris is removed, is felt by many to be sanctioned by Mohammed. "The prophet has said there should be circumcision, so it is impossible to enact a law to forbid circumcision," explains a gynaecologist. Whilst full genital mutilation is illegal in Muslim Sudan, the Government does not want any open discussion of sunna. Education initiatives are in place across the regions where circumcision is practised. UNICEF has a strong presence, as do several NGOs, in attempting to show women that the practice is harmful and unnecessary. Using theatre and dance the message is driven home. But it is painfully slow progress. Attitudes are slow to change; laws go unheeded. And young children have no say. Ironically, the very reason given for circumcision is perhaps now the only reason for stopping it. "My [circumcised] wives aren't very receptive," Issaou Aboulay tells us "My uncircumcised wife can become aroused and can have an orgasm. For me there's a big difference." Circumcision is illegal, oppressive and dangerous. But until taboos are broken and people educated, thousands of girls every day will continue to be subjected to this brutal practice.
FULL SYNOPSIS
TRANSCRIPT