Why did the cheering Iraqis who initially welcomed the Americans turn against them? 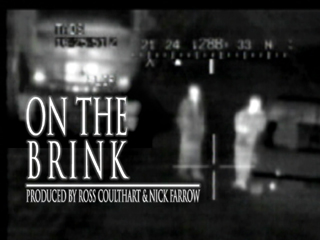 One year on from 'liberation', Iraq has descended into chaos. Many people still lack electricity, the death toll is rising and vast swathes of the country have become 'no go' areas for the Americans. The country teeters on the brink of civil war. But how did the situation deteriorate so quickly? Why did the cheering Iraqis who initially welcomed the Americans turn against them? This week's high quality documentary gets to the heart of these issues. Filmed over the course of the past year, it charts the growing anger and resentment in Iraq.

"Smoke him," instructs a calm radio voice to the gunner of a US helicopter. Through his gun video we see his killing power as he slaughters three men in cold blood. It gets uglier when he retrains his sights on a wounded man, finishing him off with a deadly stream of exploding bullets. Killing a wounded opponent breaks all the rules of modern warfare. "We came here to do the noble thing. We came to free 25 million people of a brutal, fascist dictatorship," states Paul Bremer. But having initially based the case for war on weapons of mass destruction, many Iraqis regard the invasion and continued occupation as illegal. Now that the pretext for the invasion lies in tatters, coalition troops find themselves cast as occupiers by an increasingly hostile population. "They ruined our country, committed human rights abuses, violated our cultures and traditions." complains cleric Sheik Abdullah al-Janabi. But for most Iraqis, it's the actions of the Americans that has caused most tension. During the war, the use of cluster bombs led to the deaths of at least 2,000 civilians. Aida Al-Ansari's son Fahad was just one of those killed. His body was riddled with shrapnel after a cluster bomb was mistakenly dropped on a residential area. "He was trying to pull the bullets from his leg and his feet and his arms and his face and his shoulders screaming," Aida recalls. Now grief among Fahad's family and friends has hardened into anger. "Everyone hates Bush and the Army," Aida confides. The army's current tactics are winning no friends. As a platoon approaches a house at night, the owner mistakes the soldiers for thieves and fires a shot into the air. It's an action he will live to regret. Troops kick his door in and move to arrest him. "Welcome, Welcome," the man says. But the soldiers can't understand him and don't have a translator. "I might shoot you. Get the fuck over here. Get the fuck over here now," a soldier screams. Terrified the man starts praying but even his praying antagonises the troops. "Who the fuck are you talking to? Shut the fuck up!" one shouts.

It's aggressive night raids like this that fuel resentment against coalition forces. And as they encounter growing hostility from residents, they're more likely to respond aggressively. There's a growing danger that, in the face of increasingly bold attacks, a twitchy US army could unleash a bloodbath. It's a fear that's being voiced by America's most loyal supporters, including the Dr Ahmed Chalabi of the INC. "My biggest fear is of some serious acrimony developing between the Iraqi people and the US military." There's also a growing suspicion that the Americans aren't being entirely honest about their long term strategy. There's talk of permanent military bases and a suspicion that America will use Iraq as it's foothole into the Middle East. And many Iraqis fear that their country was invaded solely for it's oil reserves, to enable America to set new oil prices and break OPEC. People are angry that valuable oil contracts have already gone to US firms like Haliburton. "The speed of granting this contract immediately after liberation questions the Americans' real motivations," comments Hoashiar Zebari from the Kurdish Democratic Party. But despite the growing tension, there is one group of Iraqis who feel that whatever happens to Iraq is worth it - INC supporters. In their eyes: "Anything is better than Saddam ... Anarchy is better!" A powerful profile of a war slowly going very wrong.

Reporter Ross Coulthart, and Producer Nick Farrow have won many awards for their reports on some of the world's most dangerous men. It took a special effort to track down the architect of Cambodia's killing fields, Ieng Sary in the Kymer Rouge stronghold of Pai Lin on Cambodia's western border. In the Phillipines, they pursued Fathur Rohman al-Ghozi, financier of the local branch of the terrorist movement Jermiah Islamiah. And in East Timor, Ross and Nick spent months negotiating an interview with the murderous militia leader Joao Tavares. But no assignment they've done together has been as difficult or as dangerous as Iraq.
Producer Nick Farrow, a Gulf War media veteran, lived through an attack on his media convoy and together with Ross, narrowly survived a roadside bomb in Iraq's most dangerous city, Fallujah. 'We found ourselves standing in the middle of the road filming when a person came up to us to tell us to move on. He saw we were from Australia not the US and he seemed to know about the presence of an IED, (Improvised Explosive Device), placed a metre away by the roadside meant for passing American Patrols. I think it was the fact we were from Australia, not the US that prompted him to tell us. His tip off probably saved our lives". The incident was close to where 4 US contractors were killed and mutilated not long afterwards.

So much of what we've been seeing from Iraq is US TV network vision and interviews. Few programs have had the chance to sit back and take a longer view beyond the demands of feeding the daily news beast. So we set out to try to look behind the 'truths' - pushed nightly on our news by mainly US network media and we questioned the strong Coalition line that most Iraqis support the occupation. On the ground, it quickly became obvious that, despite the good efforts of many good people in the US military, we may have won the invasion war but the fight-for-the-peace in Iraq is going badly off the rails.