The Eritreans' determination to restore their railway 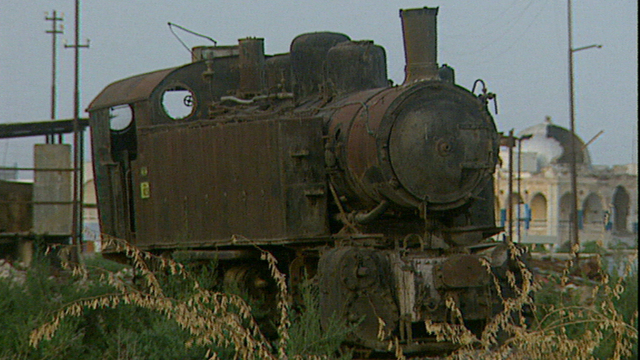 Antiquated, iron trains have stood abandoned for 20 years during Eritrea's war with Ethiopia. Now an army of veteran rail workers and their new apprentices are coaxing them back to life.

The Eritrean people are determined to reconstruct their dilapidated railway without any outside help. In the hot, dusty hills, they rescue the old rails from bunkers used during the war. All 169,000 steel sleepers have to be dug up from the ground, straightened and hauled back to the original track. They aim to complete 120 km of track, snaking from the coast to the capital. Transport Minister, Giorgis Teklemikael, says Eritrea's self-reliance and 'can do' philosophy will prevail. A train operating between Massawa and its suburbs is the first sign of success. Produced by ABC Australia
FULL SYNOPSIS
TRANSCRIPT