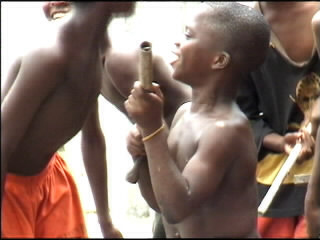 Bennetlands is a ghetto community in the heart of Kingston, Jamaica's capital city - home to 5,000 inhabitants - half of them under 25 and over 2,000 of them unemployed. Once, despite the poverty, Bennetlands was a peaceful place, with daily life revolving around the four main pillars of the community - its primary school, two churches and the S-Corner Clinic which provided health care, support and education for school drop-outs. But in the 1980s war broke out in the region - with rival 'corner' gangs fighting a vicious turf battle over Bennetlands' one high street, terrorising the neighbourhood and preventing children from going to school, and for most of the residents Bennetlands became a prison without bars. This week's City Life tells how the local leaders joined forces to challenge the local gangs to heal their difference and work together to restore a sense of community in one poor Jamaican neighbourhood.