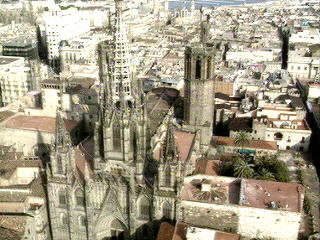 Once the industrial heart of the region of Catalonia in Spain, Barcelona could have become just another burnt-out, rust-belt European city that had failed to find a role in the modern, globalized world. But what set Barcelona apart from other European cities was a visionary local government which decided on radical redevelopment of the city in the run-up to the 1992 Olympics - a redevelopment that involved all the city's population. The result - Barcelona today is a model 21st century city, combining historic buildings with modern architecture in a fusion that has helped make it one of the most popular tourist destinations in Europe.