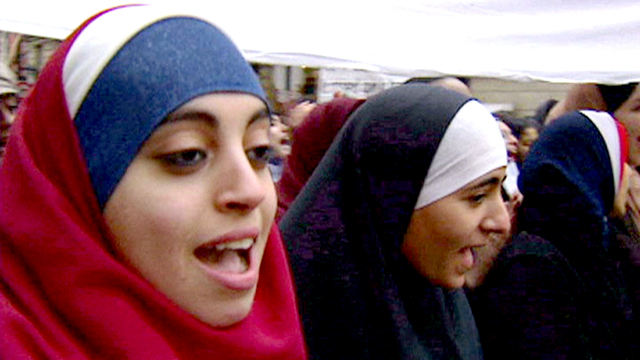 By banning the headscarf from schools, France hopes to protect its fiercely won secular identity. But will this move backfire, further radicalising an already marginalised community?

Every morning, 13 year old Hilal summons up all her courage to go to school. Teachers refuse to speak to her, parents petition for her expulsion and there is talk of a general strike if she doesn't back down. "My child is treated as if she is contagious," despairs her mother. Hilal's only crime is to wear her headscarf. The government's decision to ban religious symbols from schools has forced girls to choose between their religion and their education. It claims it has introduced the ban to protect its national principles: "We cannot speak about liberty while wearing a headscarf. It's completely incompatible," states government spokeswoman Hanifa Cherifi. She hopes the ban will give girls the opportunity to break free from their families. But many Muslims feel they are being unfairly targeted. "The girls are paying the political price for the French president," declares lawyer Thomas Millicent. He thinks the ban is a cynical ploy to win votes from those opposed to any Muslim presence in France. And there is a danger that the ban will ultimately prove counterproductive, resulting in a hostile Muslim community opposed to all western traditions.
FULL SYNOPSIS
TRANSCRIPT