Keepers of the lost art 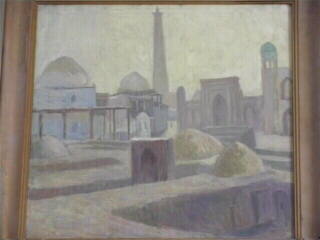 On the dusty steppes of remote north- west Uzbekistan is one of the most extraordinary museums in the world. It is locatedin the autonomous republic of Karakalpakstan, from where foreigners and most Russians were barred until the late 1980s. This made the capital, Nukus, the perfect place
to 'hide' tens of thousands of works of art banned by Stalin's regime. Dateline's Kim Traill reports from Uzbekistan on a rare collection of dissident art and the man who saved it for the world.