Death of the dream 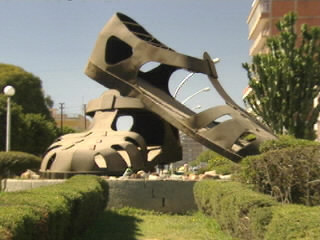 Once hailed as Africa's most promising democracy, Eritrea is being destroyed by war, famine and dictatorship.

"Vision is one thing, realising the vision is a completely different story," states President Isaias. Having led his country to independence a decade ago, Isaias refuses to yield power. His country lies in ruins, exhausted from an endless border dispute with Ethiopia. Fearful that money will be spent on arms rather than food, foreign aid is drying up. Many of his generals are scathing of Isaias' leadership. But he has responded to this "treason" by silencing the free press and secretly detaining all opponents. And as frustration increases, there are concerns it will lead to more violence. "We could see a kind of coup d'etat occur, triggering a counter coup," fears Paulos Tesfagiorgis. The hope of sustaining a forward thinking democracy has now been abandoned.
FULL SYNOPSIS
TRANSCRIPT