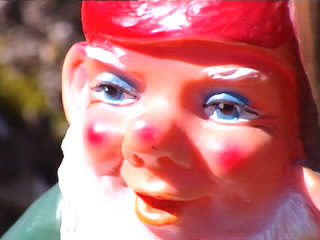 Between the rocks, fjords and valleys hides Iceland's 'hidden people'. In Iceland, fairies, elves and trolls triumph over scepticism. Fearful of reprisals - or just a bit of elfish mischief, ministers were recently forced to back down on a road building project over elf territory. Foolish is he who fears not the wrath of a displaced elf.
FULL SYNOPSIS
TRANSCRIPT