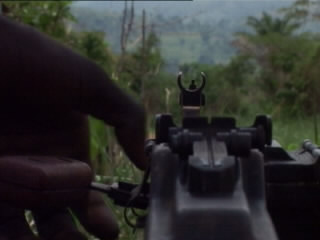 After decades of violence, Burundi is edging towards a lasting peace settlement. But the country still faces large problems.

"We are afraid. Every night we cannot sleep because we hear guns shooting," laments one woman. In spite of three years of peace negotiations, sporadic fighting still occurs. Burundi is paralysed by deep political divides. Most people live in dire poverty and for them the prospect of democracy means little. However, the growth in independent media has prevented politicians manipulating ethnic hatreds. "The politicians are not very influential any more. They don't have the power to manipulate now," states Alexis Sinduhiye, Editor of Radio Publique Africaine. Many refugees have returned home and Burundi now has an army which reflects the country's ethnic composition. There are hopes that next year's election will lead to more stability. But after so much violence, the past still casts a long shadow for many Burundians.
FULL SYNOPSIS
TRANSCRIPT