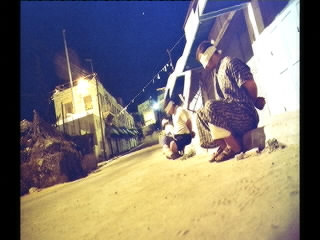 Sharon's government is coming under increasing pressure to revive the stalled peace process. Even its soldiers have started criticising the occupation.

"We want Israeli society to wake up and know what's happening there," states former commander Yehuda Shaul. Like most young Israelis, Yehuda served in the army. But his experiences there left him angry and traumatised. Now, he's organised an exhibit of photographs and videos taken by soldiers in the Occupied territories. The aim is to force Israelis to recognise what's actually happening there and how it's damaging many soldiers. "This exhibition is about Israeli soldiers and how they come home after serving in Hebron," explains exhibition contributor Yonathon Boumfeld. "It's like they have a scratch in the brain." The most contentious part of the exhibit is a series of video testimonies from soldiers that include description of war crimes they committed. The soldiers face possible prison sentences for going public with their stories. But they refuse to be put off. More and more conscripts are coming forward with testimonies illustrating how they've been traumatised by their experiences. As exhibition organiser Avihai Sharon explains "We're not trying to ruin the army. We're trying to build the army back to what it's supposed to be."
FULL SYNOPSIS
TRANSCRIPT