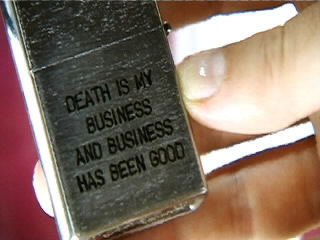 Vietnam's rulers claim they are fighting a new American invasion - evangelical missionaries determined to convert the masses to American values.

Thirty years after defeating America on the battlefield, Vietnam's communist leaders now rely on US investment. But the introduction of western ideologies, like freedom of religion, is eroding their authority. The biggest perceived danger comes from evangelical Protestantism. "Religion is seen as a tool to interrupt and even overthrow the communist system," explains one American missionary. Christians are beaten and jailed and the scale of religious persecution is increasing. Dr Quang is one of Vietnam's most popular Protestant leaders. Three months ago, he was arrested and charged with crimes against the state. "The government is worried about him because he is a leader in his community and people could rally behind him," his wife explains. Could American ideologies achieve what its military power never could?
FULL SYNOPSIS
TRANSCRIPT