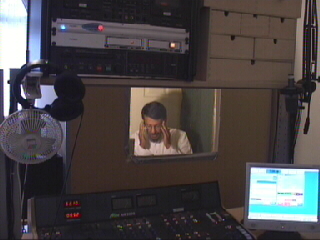 The Movement for Islamic Reform is trying to foment a popular revolution in Saudi Arabia. It's already persuaded 15,000 Saudis to join them.

"We are campaigning for a comprehensive political change," explains Dr Saad al-Faqih, leader of the Movement for Islamic Reform in Arabia. His runs a small satellite TV and radio channel from his flat in London which he uses to rally support in the Kingdom. But the Saudi government accuses him of supporting terrorism. "He co-ordinated an attack that was basically aimed at decapitating the Kingdom of it's senior leadership," alleges security consultant Nawaf Obaid. The government has repeatedly tried to block his channel and Faqih says it will stop at nothing to silence him. But silencing the thousands of other people who agree with him may prove much more difficult
FULL SYNOPSIS
TRANSCRIPT