Soap On The Steppes 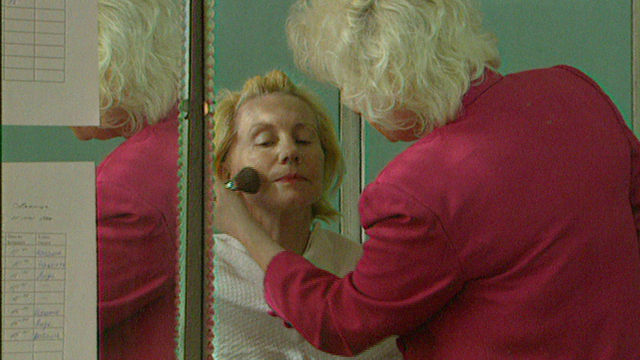 Kazakhstan's first soap opera, "Crossroads", is no ordinary programme - it is teaching its viewers to come to terms with life after communism.

In the control room, the countdown begins. The cameras are ready and the make up lady puts down her brush.Its characters from ethnic Russian and Kazakh families learn to deal with market economy and their new social freedom. After losing his job as a state engineer, Russian Gleb runs his own cafe, pays off his loans and attempts to save his marriage to a Kazakh women. The script editor sees these characters as role models for the multi ethnic population. In a windy orchard, 'Uncle Ivan' plays out a real life drama. Like Gleb he also lost his state salary and now runs his own restaurant. He enjoys having to "do everything yourself". Should he need guidance in warding off the Mafia or filling in tax returns, he only has to tune into "Crossroads". The show even employs a resident political analyst to advise on its storyline. An entertaining report on a soap which promotes national independence. Produced by ABC Australia
FULL SYNOPSIS
TRANSCRIPT