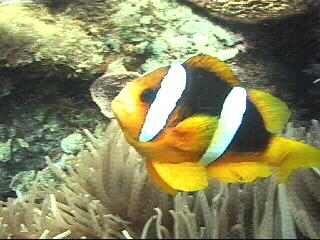 Since the success of the film 'Finding Nemo', demand for tropical fish has soared. But the seas of the Pacific are literally being emptied to feed this frenzy.

Tropical fish are now virtually worth their weight in gold. "Everybody wants one because of this Nemo film," explains SRS Manager Larry Dacles. His company has a monopoly on tropical fishing in Vanuato, home to some of most popular tropical fish in the world. Former workers claim it got this monopoly by bribing government officials. In just three years, SRS has alienated local tourism operators, who depend on the tropical fish as an attraction, scientists, fear an ecological disaster in the making, and the traditional owners of the reefs. "They take anything and everything," complains one local. "It's out of control." Already there has been a 50% fall in tropical fish from the reefs. Now, it's not so much a case of finding Nemo as saving him.
FULL SYNOPSIS
TRANSCRIPT