Life Running Out of Control

In the mid 1980s, scientists unlocked the genetic keys to manipulating our world. Suddenly everything seemed possible! An intelligent look at both sides of the argument. 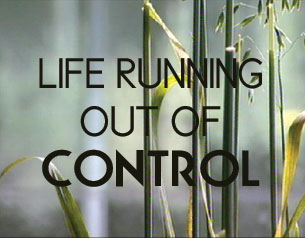 In the mid 1980s, scientists unlocked the genetic keys to manipulating our world. Suddenly everything seemed possible! There would be no more hunger or malnutrition; diseases would be vanquished and poverty wiped out. But twenty years on the situation looks very different. From the loss of biodiversity to health scares about GM food, the effects of genetic technology are prompting more and more debate. Our documentary this week is an intelligent look at both sides of the issue. Made for ARTE.

Across the world, multinationals like Monsanto are meeting with unexpected resistance to their genetically modified products. But are these concerns justified? Or are activists battling the forces of progress? Renowned filmmakers Bertram Verhaag and Gabriele Krober sets out on a global journey to explore the development of genetic technology. Spanning three continents and beautifully filmed, this high quality doc hears from the scientists, farmers and activists at the heart of the debate. "Monsanto Out! Monsanto Out!" chants a crowd of angry Indian farmers. They blame the multinational for enslaving them in debt by selling unreliable genetically modified seeds at quadruple the normal price. The seeds were supposed to yield bumper crops, require less pesticides and produce higher quality cotton. But the anticipated large harvest failed to materialise. Instead the plants were rife with disease, forcing them to use more and more expensive chemicals.

Now many farmers face ruin. Having borrowed heavily at exorbitant rates of interest to afford the seeds, they cannot keep up with repayments. In the last few years, thousands have committed suicide. Others try desperately to pay their debts by selling a kidney. But regardless of how many crops fail, farmers are still dependent on the multinationals for their next batch of seeds. "The failure of agriculture is the market success for the corporations," laments activist Vandana Shiva. "That's the real tragedy of genetic engineering." But Canadian farmer Brad Hanmer is delighted with his GM seeds. "The big advantage for me, for using GM, is the cost factor. We're getting more returns per acre." He's also noticed a significant decrease in the amount of pesticides and herbicides he has to use so believes GM seeds are better for the environment. However organic farmers in Canada are less enamoured by GM technology. They claim the introduction of GM seeds has made organic farming economically unviable. "We no longer have any pure Canola seeds left in Canada." complains farmer Percy Schmeiser. "It's all contaminated." There are also worrying signs that genetically modified animals could prove similarly destructive. Scientists developed a computer model to see how the introduction of 60 genetically modified fish would affect a population of 60,000. It predicted that this would lead to the extinction of the entire natural population within a few years. Worryingly, 95% of all scientists researching genetic engineering are working for big industries. In the words of Andrew Kimbrell from the Centre for Food Safety, "without much democratic decision making at all, a few scientists and companies are trying to change the permanent genetic makeup of all living things forever in a way that we can never get back."
FULL SYNOPSIS
TRANSCRIPT