An uncharted journey through the heart of isolationist North Korea. 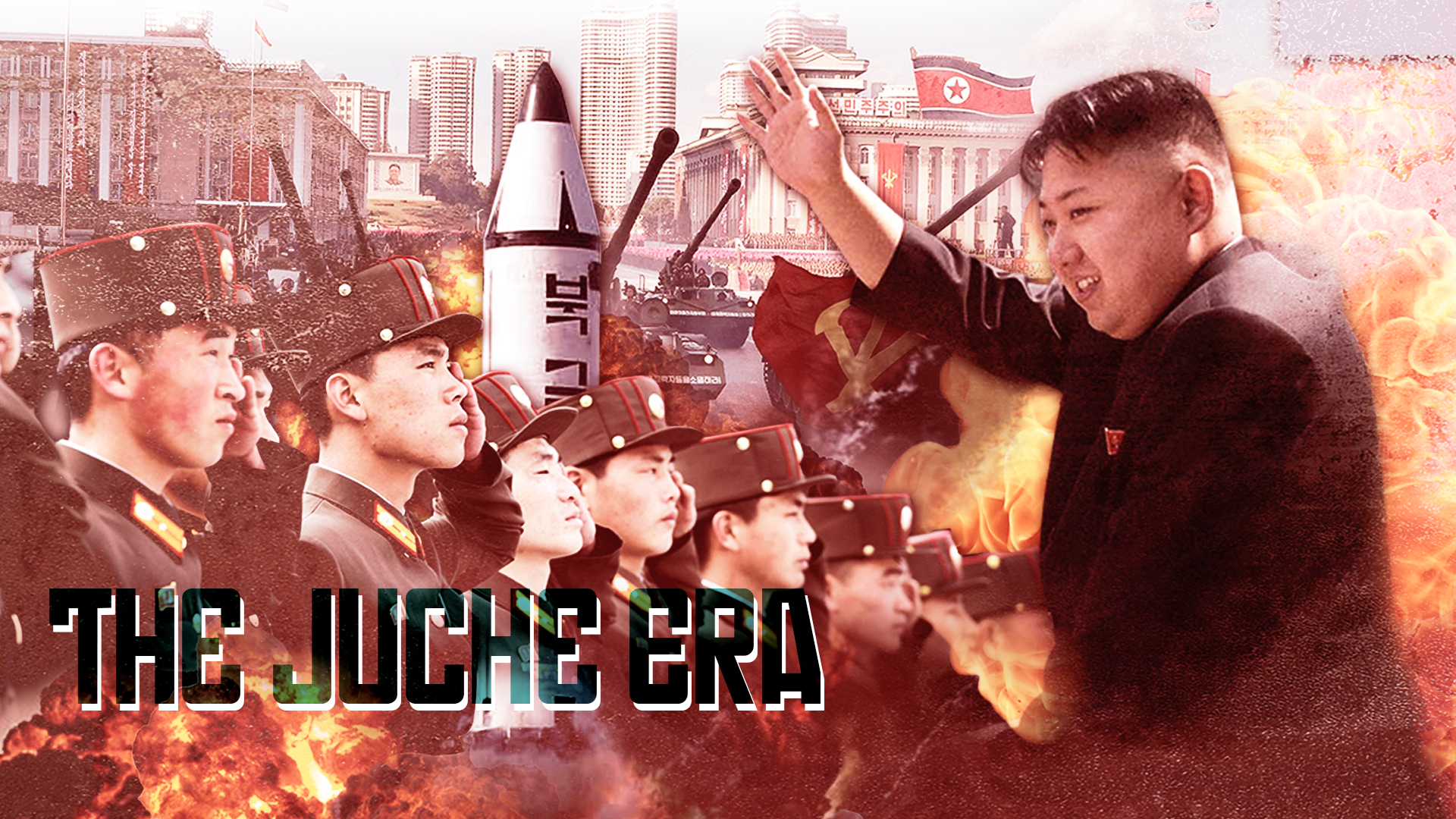 Just what does make North Korea tick? In every sense the country and its people still see themselves at war. Isolated and ostracised for decades, everything in this quirky place is choreographed to display maximum unity and strength. Produced by Bulgarian TV this unseen film manages to travel throughout the country. It provides an enthralling and unique behind the scenes view of a country which rarely allows outsiders to see inside.

Two million troops still face each other along the border between North and South Korea. 'We have enough troops and military hardware to withstand a strike from the South and to win'. Huge billboards and loudspeakers shout invective at the other side. The cruel ferocity of the Korean war left the North scarred and in a permanent state of defensive hostility.

Under thousands of umbrellas in the Pyongyang rain, North Koreans endlessly practise their parades. They are showing faith in the idea of Juche, created by Kim Il- Sung. Juche means to rely on your own strength. Kim's son Kim Jong-Il succeeded him and has continued with his father's bizarre philosophies. All Koreans must take part in the colourful ceremonies which have come to define this country in foreign eyes.

Every walk of life is invaded by Songun, or military orientated doctrine. At a nursery school a special syllabus imparts the spirit of survival, with constant reference to their leader. Some may progress to Man Gjun De Military School, the most elite in Pyongyang. The school turns out some of the most committed officers in the world, ready to 'strike back at anyone who attacks our country'. Half of North Korea's budget goes on military spending. It turns a handsome profit (reputedly half a billion dollars annually) exporting missiles to the Middle East.

Life in Pyongyang struggles to emerge from the shadows of the great granite monoliths. Only with hidden cameras is it possible to see inside supermarkets for ordinary Koreans; 'why would you want to go in there'; the guide insistently demands to every request. Worker brigades march to work, spade in hand, glorifying their leader in song. In local stores, each person is allotted goods in a strictly controlled system: shoes, a suit, a lamp.

Though the poster on the wall reads; 'We support our dear leader in producing soy milk!', the bags on the floor read UNICEF. North Korea is fed mainly by foreign humanitarian aid, a million tonnes of it each year. Citizens supplement their daily food intake by fishing in the Taedong River. In the 1990's North Koreans were starving. Today, even in the countryside, they have food. They can grow crops in their small gardens to sell at market, unofficially (it does not reflect the ideals of Juche but has quietly been allowed to develop to avoid the starvation prevalent in the 90's). But there is no escaping the ever present State: even in the fields loudspeakers call for the populace to be ready to fight and every family is called on to prepare their children for the army.

During a very unusual - for a foreigner - visit to ordinary Korean homes, we find a basic but secure existence - home grown vegetables and fish from the river stock the fridge. They might appear to have the basic essentials but the family clearly remains in the same state of denial as everyone else in this odd country. 'My greatest dream is for the Juche ideals to succeed in every part of the world', states the 27 year old daughter of the household.
FULL SYNOPSIS
TRANSCRIPT