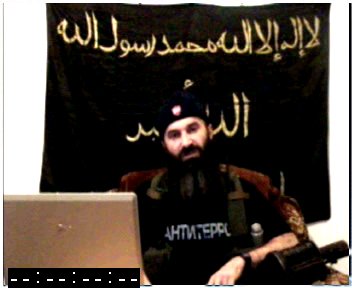 He's Russia's most wanted man, responsible for Beslan and the Moscow theatre siege. In his first interview since Russian troops went back into Chechnya, Shamil Basayev gives his account.

Wearing a T-shirt blazon with the words 'anti-terror' and cradling a grenade launcher, Shamily Basayev speaks of his remorse for Beslan. "I didn't expect such cruelty ... I never thought they'd do it." But he's not talking about what his men did. He's blaming the Russians for storming the school. In his eleven year career, Basayev has become notorious for acts of extreme violence. Ten years ago, 130 died after he seized a hospital in South Russia. Then came the Moscow theatre siege. But in targeting children, he went too far. Global revulsion allowed Putin to discredit the Chechen's fight for independence. However despite the backlash, Basayev claims he'd do it all again. "You must understand us correctly. We are at war."
FULL SYNOPSIS
TRANSCRIPT