For the people of Vietnam, war is not over. Three generations on, babies are still being born with serious birth defects and genetic abnormalities - the legacy of America's intensive use of chemical weapons. 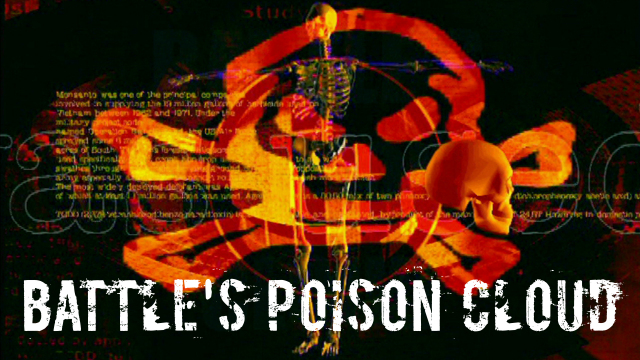 For the people of Vietnam, war is not over. Three generations on, babies are still being born with serious birth defects and genetic abnormalities - the legacy of America's intensive use of chemical weapons. No one knows how many have been affected. On the eve of a historic lawsuit to determine the culpability of chemical manufacturers, we offer you a powerful film on the effects of Agent Orange.

Shelves at Ho Chi Min City hospital overflow with jars of deformed foetuses. Since the end of the Vietnam War, disturbingly high numbers of malformations and birth defects are still being recorded. Severe abnormalities are now being seen in the grandchildren of those exposed to Agent Orange. "When my son was born with a deformity, I didn't make the connection," describes Vietnamese veteran To Tien Huat. "But when I saw my grandson born with a similar deformity, I thought it could be linked to the war." Dioxin poisons like Agent Orange are the world's most deadly substance. They are 100,000 times stronger than any natural poison. "Dioxins cause cancers, immune deficiencies, development problems. They are very persistent, toxic chemicals," explains expert Dr Arnold Scheckter. And for eight years, in an attempt to destroy their Communist enemy, the Americans sprayed them all over South Vietnam. "We saw with our own eyes how all the trees fell down when they were sprayed and we knew it was bad," recalls veteran To Tien Hoa. "But we didn't realise we would be affected so badly." Scientists estimate that there are at least 12 highly contaminated reservoirs of dioxin in South Vietnam. Instead of being diluted, the dioxins have become more concentrated as Agent Orange has worked its way up into the food chain. "Vietnam has become a laboratory to monitor the effects of dioxins on humans," states Dr Scheckter. It's not only the people of Vietnam who have been affected. Over three million hectares of forests were defoliated and destroyed. The woods once teemed with elephants and tigers. Now there is nothing. The landscape is bare, scarred by landslides and erosion. "Hopefully in time the natural forest will be back - but we are looking at a long way away," warns independent Dioxin Consultant Wayne Dwenicheck. "Maybe a hundred to a hundred and fifty years." The victims of Agent Orange are desperate for America to take responsibility for its actions and pay compensation. But their pleas have fallen on deaf ears. "They continue to ignore what they did," laments Nguyen Khai Hung. In response, American expert Dr Arnold Scheckter claims there's not enough proof that problems like birth defects are caused by the use of chemical weapons. "I don't think we have any compelling evidence that the causes of malformations is definitely from Agent Orange." Ironically, after severe pressure from ill Vietnam veterans, America has began to compensate its own victims of Agent Orange. "The Americans only came to Vietnam for a few months and they became ill. Why would the Vietnamese, who stay for the whole of their lives, not have similar problems?" questions Prof Le Cao Dai. "To deny these problems is not fair." But while experts continue to debate culpability, the victims of Agent Orange are struggling to cope with their day to day lives. For them, the discussion has already gone on for too long. It is not words they need. It is action.
FULL SYNOPSIS
TRANSCRIPT

Cecile Trijssenaar Battles Poison Cloud is Ceciles first full-length documentary. Having only worked in short format current affairs programmes she felt the shocking and complex story Agent Orange in Vietnam needed a longer format. With only a two-woman crew (joined on location by journalist Jane Faure-Brac) the story was able to emerge organically as planning was impossible due to the fear and stigma attached to Agent Orange. This advantage gave the flexibility to follow leads immediately when they presented themselves. The result was they came back with a better film than anticipated.
Cecile is now working on a child development series.

DIRECTOR'S NOTES ON WHY SHE MADE THE FILM A black and white photograph is forever sketched in my mind. I saw it as a teenager on the budding edge of adulthood. It was of two Vietnamese girls, whom I realised would, unlike me, never reach their full potential. Their bodies were seriously malformed - a result of Agent Orange poisoning. The hollow look in their eyes haunted me for years. And it came back in full force when I read in early 2002 that the Vietnam and US governments were meeting for the first time to discuss Agent Orange. I thought Agent Orange was something of the past  how wrong I was.