Dancing on The Rubble 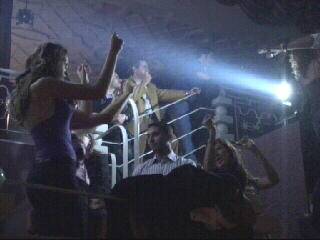 Under Hariri, Beirut regained much of its pre-war status as a 'Paris of the Middle East.' But for Lebanon's alienated youths, partying has become a form of political protest.

As a memorial to the year war started, the night-club, 1975, raised more than a few eyebrows. "Many people were against it," explains Karim. "But it's a way for us to remember what went on because no one will discuss it anymore." With the war still a big taboo, the young struggle to make sense of their culture. Tensions bubble under the surface. Many blame Syria for their problems. "We lost. The Syrians got what they wanted and we lost," laments one.
FULL SYNOPSIS
TRANSCRIPT