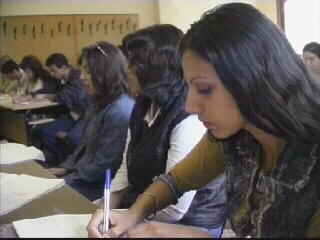 After centuries of exclusion and persecution, a new initiative has been launched to help Roma communities break the cycle of desperate poverty.

Since the fall of Communism, standards of living for the Roma in Central and Eastern Europe have deteriorated. "We haven't got enough to eat," despairs one woman. "We sleep on planks, eleven children to a room. We are wretched." But change is slowly happening. The European Roma and Travellers Forum have joined the Council of Europe. The Roma have their first MEP and the Decade of Roma Inclusion has just been launched. "Until now we have been treated as a fringe group, like a social problem," explains Rudko Kawczynski, President of European Roma. "It's the first time in European history that the Roma have even been recognised."
FULL SYNOPSIS
TRANSCRIPT