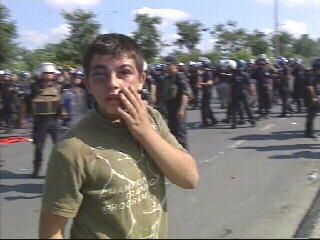 Despite Turkey's claims it has improved its human rights record, prisoners are still routinely tortured. But now the methods of torture have changed.

The prospect of EU membership has forced Turkey to reform its penal system. Arbitrary use of force is now illegal and larger modern prisons have been built. But now, torture is more likely to happen en route to prison or at police stations. "People are forced into cars and tortured without being arrested so there is no proof of police involvement," explains Human Rights worker Sukran Irencin. In prisons, "psychological abuse has replaced physical abuse," according to lawyer Ahmeh Tamer. However, even he believes: "these things are nothing compared with the physical abuse meted out in the past."
FULL SYNOPSIS
TRANSCRIPT