Zombies are taken so seriously in Haiti that turning someone into one carries the same penalty as murder. But outlawing the practice is doing little to stop it. Incisive and sensitive. 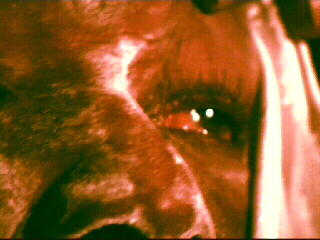 In the West, zombies may be considered the stuff of Hollywood B films but in Haiti they're part of everyday life. Zombies are taken so seriously here that turning someone into one carries the same penalty as murder. But, as our documentary this week shows, outlawing the practice is doing little to stop it. We look at how Haiti's troubled political climate is encouraging child sacrifice and murder.

"He is fresh, this young dead one," states a voodoo priest, gesturing at the decomposing skull of a baby. "They killed it and sold it to me." The room fills with choking smoke as he throws the child's bones into a fire and crushes them into a dark powder. One by one, other ingredients are added and prayers chanted to make zombie powder. The powder will be used to kill or enslave his enemies or those of his clients. Research by the Harvard Ethnobotanist Wade Davis found that the powder contains a series of toxic and psychotropic ingredients, including an extract from the puffer fish which cause complete paralysis. The victim will become dizzy; their limbs will cease up and heartbeat slow to a virtual stop. To all appearances, they will be dead. Then - still completely aware of what is happening to them - they will be buried alive. But before the zombie powder can kill them completely, the priest will break into their grave and administer the antidote. "If you let the powder kill him, the zombie will be lost," explains the priest, Marcel. But when the victims rise from the grave, they are no longer the same person. "The drug used has side effects on the brain," states psychology professor Chavannes Douyon. "This is a schizophrenic person, a subdued person who has lost their conscience. Zombies are people suffering from a psychological disorder." Turning someone into a zombie is illegal in Haiti. But Marcel offers to show us one, for a fee. The zombie stumbles into the room in complete darkness. He can barely walk and his eyes are red and vacant. A thick rope is tied around his waist. "His spirit is in the hands of the one who killed him," explains Marcel. "His master can make it work, make it go and pick coffee beans." Only a few people in Haiti know the zombie procedure. But, as priest Andre Elien explains, "If you hate someone and want revenge, you pay a magician to turn them into a zombie." Haitians have a long tradition of turning to voodoo to solve their problems. During their struggle for independence, it united the slaves against their Christian masters, helping them drive out the colonists. It is the faith of the poor and one of the country's official religions. But today, slavery continues in Haiti under a different form. The deposition of President Aristide did little to restore stability to the country. Life is cheap and 82% population live in dire poverty. "Hunger is killing us, we are in a terrible condition," laments one woman. At the height of Artistide's dictatorship, people believe that he had appointed zombies to the secret services to blindly execute his commands. Today, Aristide may be gone, but power in Haiti still resides with those who can control the zombies.
FULL SYNOPSIS
TRANSCRIPT