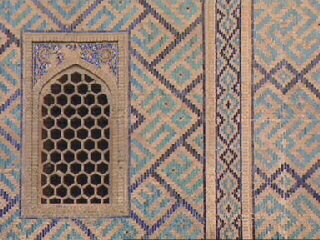 It's one of the nastiest, most repressive dictatorships in Asia but its relationship with Washington has helped it avoid censor. Just how valuable an ally is Uzbekistan in the War on Terror?

Critics of the government risk being tortured to death, there's no freedom of speech and all opposition parties are banned. "This is not a government. It's a monster against its own people," laments Prof Mirsaidov. In the name of fighting Islamic terror, Uzbekistan has jailed thousands of members of Hiz-but-Tahrir. The problem is, many claim they are innocent and confessions are extracted under torture. But despite its appalling human rights record, few Western governments seem willing to criticise it. Uzbekistan is now regarded as a key ally in the War on Terror. It allows the US to use its airbases to support operations in Afghanistan and American agents are believed to have 'rendered' terrorist suspects to Uzbekistan to be tortured. However, there are growing fears that siding with this repressive regime to fight terrorism is counter productive. As former British Ambassador Craig Murray states: "Our short sighted policy in Asia is creating the terrorism we claim we are fighting."
FULL SYNOPSIS
TRANSCRIPT