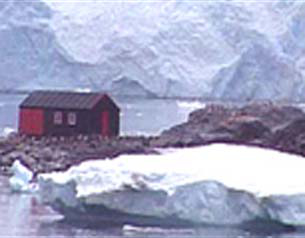 Amongst the penguins and pack ice of Antarctica is a tiny outpost of the British Empire. The Union Jack still flies and some quaint traditions live on.

Port Lockroy was once a British research station, but it was closed down in the 1960's. Since then, it has been restored as a living museum to early Antarctic exploration. "We've got a nice, simple lifestyle down here. No heating or electricity," explains resident Pete Milner. It's also home to the only working Post Office on the Antarctic Peninsula.
FULL SYNOPSIS
TRANSCRIPT