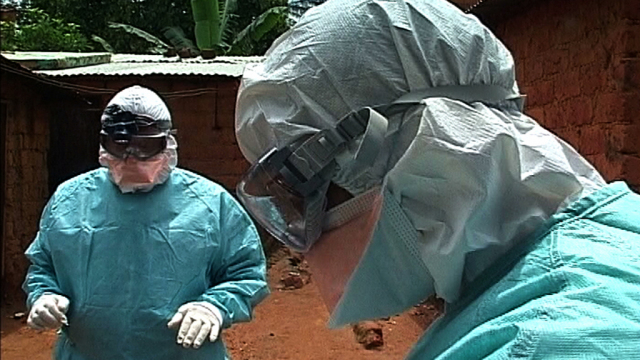 The flesh-eating Marburg virus in Angola is one of the most dangerous and contagious there is. We exclusively follow the doctors in the wards battling the epidemic.

The isolation ward in Uige, Angola, is strictly off limits but our cameras gained exclusive access. It's here that confirmed Marburg victims are cared for. "This patient has arrived at a very late stage of infection so the prognosis is not good," states a nurse. But most Marburg victims never make it to hospital. Instead, they're picked up by WHO doctors trawling the slums. "The problem is that they're calling us for the bodies. We're going after the epidemic has struck so we're not being effective," explains Dr William Perea. Doctors don't even know where the virus comes from and are working on tracing its carrier.
FULL SYNOPSIS
TRANSCRIPT