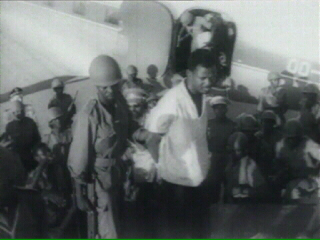 Footage from 1960/1, immediately after Congo's independence from Belgium, and featuring good shots of Lumumba and Mbuto, as well as a rare riot at the UN in 1961.