Tsunami - The Day the Wave Came 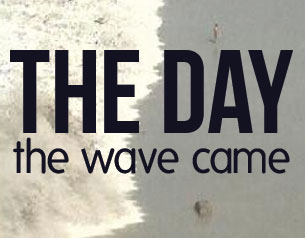 The world is still coming to terms with the magnitude and impact of the tsunami. Soon after the tragedy, Sunday reporter Ross Coulthart travelled across the region to record the survivors' stories. His story is a minute-by-minute account of what happened in countries most affected by the wave, the human face of a tragedy that has touched the hearts of billions across the planet.


In Bangkok, retired meteorologist Smith Dharmasaroja tells how on the morning of December 26, he knew as soon as he heard the news reports of an earthquake on the radio that there would be a tsunami. Seven years earlier, his warnings that just such a disaster could happen were ignored by Thai authorities because of fears it could harm the tourism industry. That morning, his desperate efforts to get a warning out before the wave hit western Thailand were in vain. From Khao Lak beach in Thailand, where thousands of foreign tourists and local people died as 15-metre waves swamped luxury resorts, Wat Thonglim tells how he and his wife fought for their lives as hundreds of foreigners died in the waters around them. At the end of that day, he had to tell his young daughter her mother was dead. This is also one of the most documented disasters in history. Many foreign tourists and local people were filming with amateur cameras as the waves hit. Sunday has obtained extraordinary vision of the tsunami's devastating effect, including vision not previously aired in this country. And we also interview many of the Australian survivors and hear their harrowing tales. In Banda Aceh, Indonesia, hundreds of thousands have died. University lecturer Rajibussalim, a graduate of South Australia's Flinders University, describes how one of the last memories of his wife and two children is of sitting in the dawn light discussing a planned return to Australia to study his doctorate. Within minutes, everyone he loved and everything he owned was destroyed. In the devastated city of Hikkaduwa, in southern Sri Lanka, army corporal Sulochana Perera tells how when the train she was travelling on was hit by the wave, she was one of only a few dozen people who survived out of more than 2000 passengers. She single-handedly tried to organise the rescue of many children drowning in the water beside her, only to see her efforts dashed as the second, bigger, wave hit. The Day the Wave Came is a comprehensive re-telling of how events unfolded around the Indian Ocean: why no warnings were issued, the individual stories of how people survived and what the impact has been on their shattered lives.
FULL SYNOPSIS
TRANSCRIPT