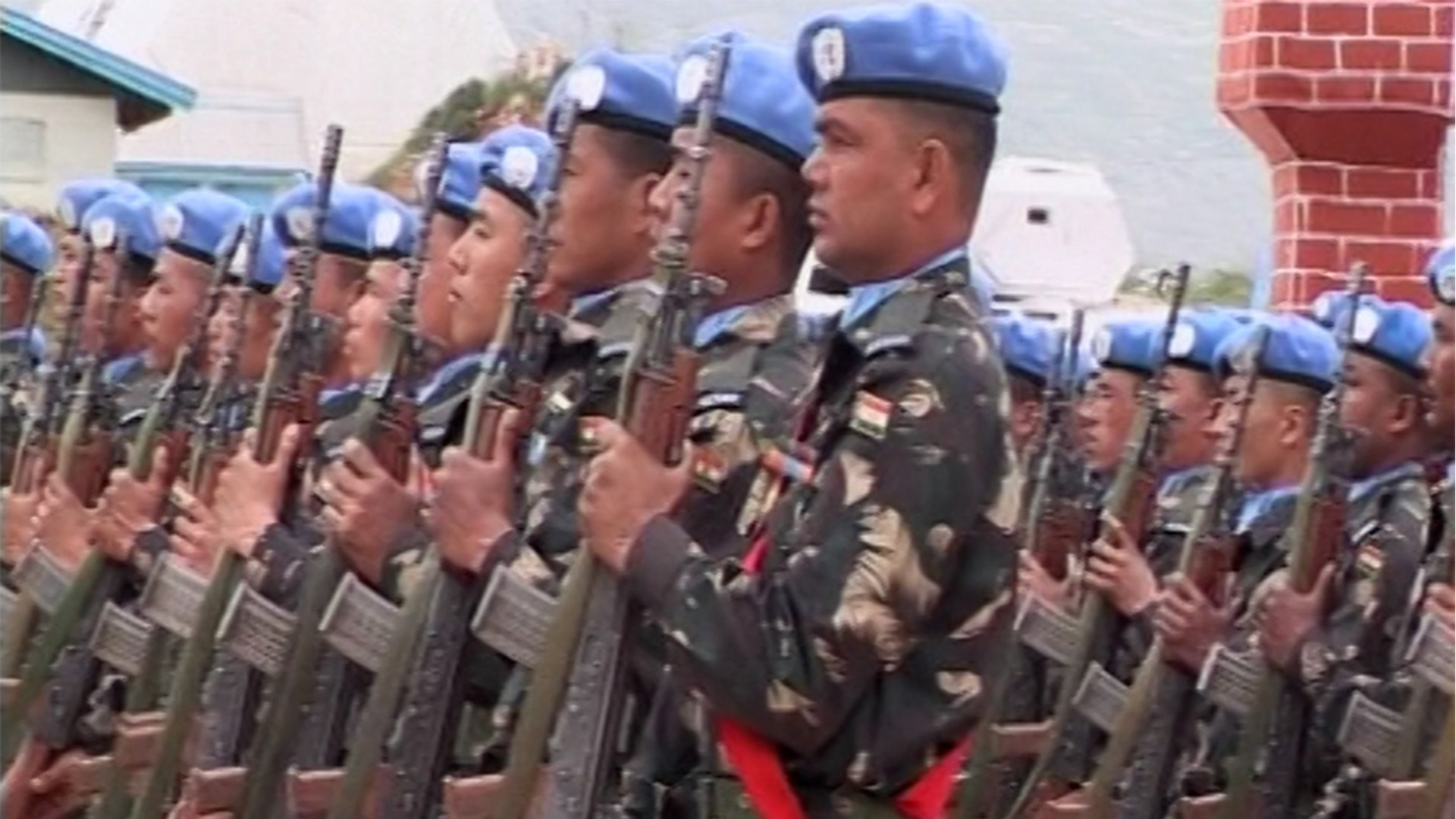 As one of the world's leading Middle East reporters, Robert Fisk has lived in Lebanon for the past 30 years. He gives his unique view on what's happening in the region.

"I knew Hariri very well," Fisk confides. He witnessed Hariri's assassination and his investigation into the murder placed his own life in danger. But despite this, he's optimistic about the future. "The young people educated abroad are uncontaminated by sectarianism," he states. "They're not interested in war. They go clubbing together - Muslim and Christian." 13'44" Syrian soldiers marching, preparing to leave. Robert Fisk present partaking in a radio interview
15'25" Fisk talking about his experiences in the civil war in Lebanon.
17'14" shots of Syrian intelligence officers at the scene.
17'30" Fisk talking to Syrians.
18'33" shots of media
18'33" speech by Syrian leader about exit from Lebanon
19'20" Syrians leaving on bus
20'10" Fisk driving in a car
20'30" Fisk at photo lab
21'05" Fisk at a Grocery store
21'50" shots of bomb crater and burning fires in Lebanon
22'26" Fisk retracing steps of assassinated leader.
24'00" UN report of explosions
24'44" shots of local square
25'00" Fisk in his room talking about people he has named and how his phone has been tapped
22'44" shots of head of Syrian military intelligence
26'08" celebrations as news reaches people that pro-Syrian Lebanese government is resigning
27'10" ruins of Beaufort castle
28'10" Indian reception of UN commander
29'20" Fisk in car talking about information he has learned about his current security.
31'24" flags and gathering of Lebanese in a square
32'00" Fisk talking about attitudes of young people
32'20" Fisk having lunch with graduate student
32'55" shots of nearby site of assassination
33'10" student talks to camera about young political attitudes
33'30" shots of Hezbollah members including general secretary
34'20" Syrian general speaks to the press
34'43" local politicians filmed by the press
36'00" Fisk visits former PLO Ambassador to Lebanon
37'55" bodies of massacred civilians, 1982
39'00" Fisk speaks on general task of journalist in Middle East
FULL SYNOPSIS
TRANSCRIPT