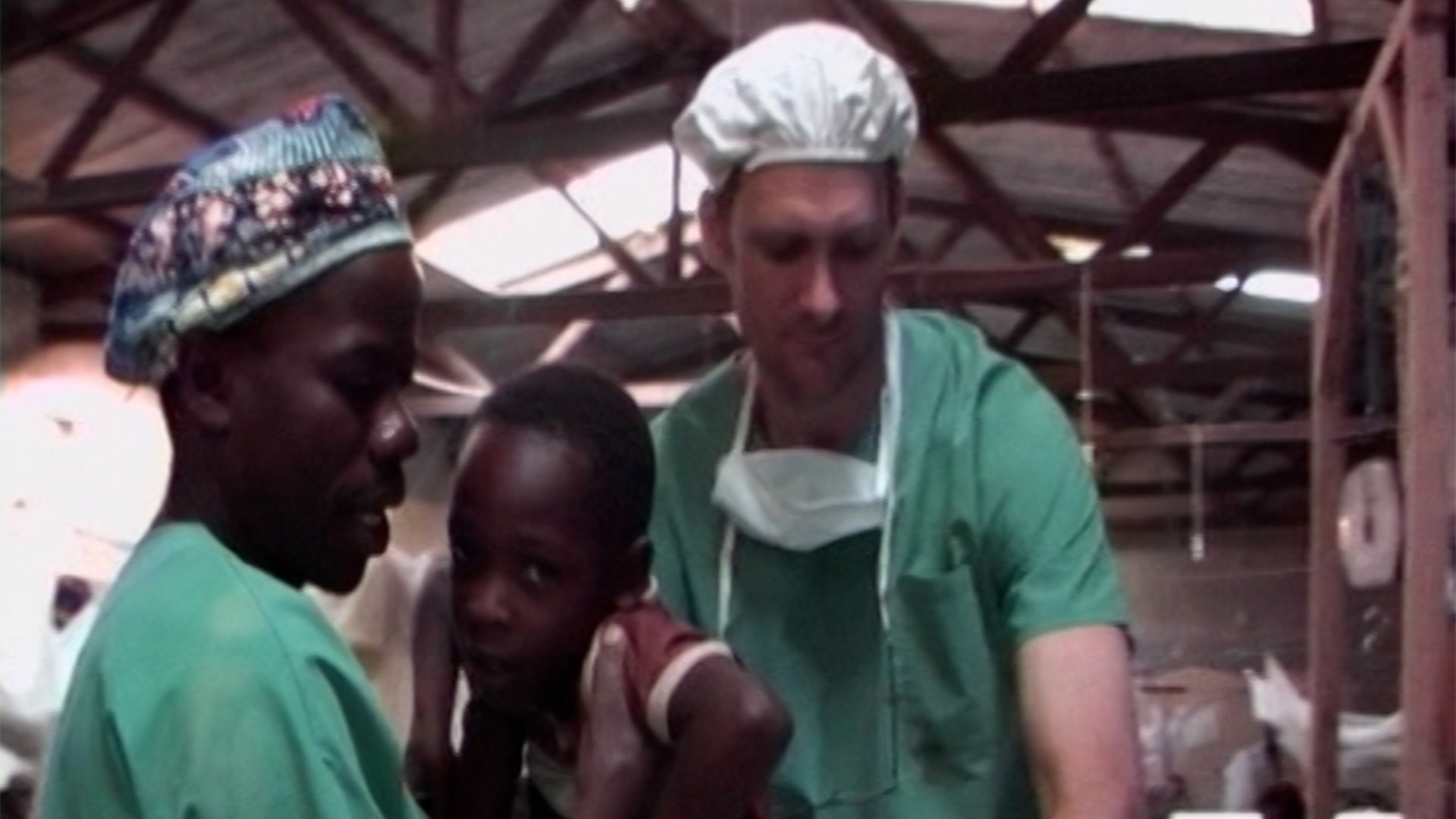 As head of the Nobel prize winning organisation, Medicins Sans Frontier, Rowan Gillies controls assets of millions. But that doesn't stop him regularly travelling to war zones to care for the dying.

At a clinic in war torn Congo, Rowan Gillies is donating his own blood. Militia men attacked a local village and the clinic is out of supplies. He has ten operations to get through before supper and a media campaign in Geneva to co-ordinate. "I see going to the field as very much part of the job," Gillies explains. "The focus must always be on what we're trying to do, not on the institution." But he's regularly diverted by other troubles. MSF is being sued by the Dutch government. Between operations, he sandwiches in calls to MSF headquarters to check how the case is progressing. (SBS)
FULL SYNOPSIS
TRANSCRIPT