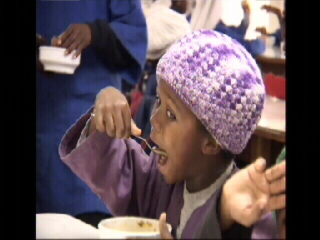 For over 40 years, a group of African Americans who claim to be descended from the lost tribes of Israel, have lobbied for Jewish recognition. Now, there are signs they may finally be acknowledged.

"We keep all the laws that are laid down in the Torah," states African Israelites Cathrelah, "What else do we have to do?" Since the 1960s, this community has lived in the Negev desert. They claim they are descended from Jewish tribes but the government refuses to acknowledge them. However, following the death of one member in a terrorist attack, its stance may be changing.
FULL SYNOPSIS
TRANSCRIPT