The tale of two South Africans, one white, one black, who fought the Apartheid Government with the ANC's underground guerrilla army. 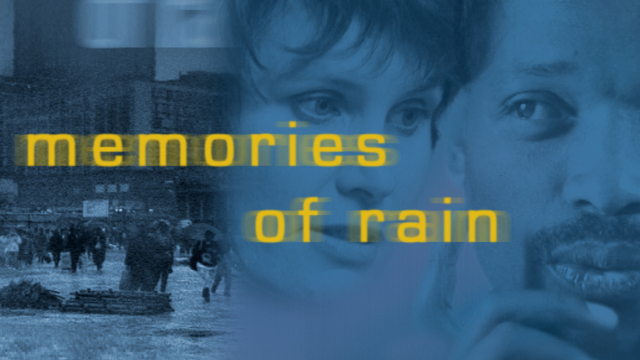 Terrorism in the present is decried by all right thinking people. But all too often, the eye of hindsight turns 'terrorists' into heroes. In Apartheid South Africa, men once described as enemies of freedom were exactly the people who earned and protected it for their peers. Many now lead the country. This is the tale of two South Africans, one white, one black, who fought the Apartheid Government with the ANC's guerrilla army. Filmed over a decade, this personal story paints a picture of humanity and bravery, of dedication and sacrifice, of people who gave up everything for what they believed in.


Kevin Qhobosheane was just 16 when he first set out to Swaziland to train as an ANC guerrilla. In his native South Africa, police brutality towards blacks was ubiquitous, torture was rife and living conditions were abysmal. The shooting of Hector Pietersen in 1976 by Apartheid police, that sparked the Soweto uprising, was the last straw, firing him and thousands of others to take up arms. 'I discovered for the first time that they are not that superior, that we have something in us that could make them run' he recalls. As fellow guerrilla Sifiso Kunene points out: 'It became clear the only language the Whites understood was the language of force'. Jenny Cargill was from the other side of the fence. 'I had an elite upbringing' she recalls. 'We had a large house, with many servants. There was a clear divide between who the servants were and who we were'. As a white South African who didn't feel a part of white South Africa, she, too, joined the ANC. Attacks on police stations, electricity plants and power lines were staple fare for the ANC. All were labelled 'Acts of terror committed by terrorists'. But the guerrillas, too, felt terror. 'it's a feeling of extreme loneliness' recalls Kevin. Jenny's husband of the time, Howard, agrees: 'All relationships, all people, all things are instrumentalised to the cause. That's the big dehumanising, desensitising problem'. Both fighters ultimately sacrificed their relationships, their families and their friends to the ANC. But personal problems were always secondary to the reality of war. In 1985, one of Kevin's close friends died when a grenade he threw at a police van exploded in his hands. 'That was the time that we began to suspect that there was something wrong with these weapons' recalls fighter Zweli Mkhize. Some of the commanders were working for the wrong side, they were working with the South African regime, as agents'. When Zweli's unit was crushed, many fighters were killed, or forced into exile. In 1991 FW De Klerk legalised the ANC. 'We drank all night' recalls Jenny. But this was the start of the most dangerous part of the fight. The government had carefully nurtured an ethnic divide between the mainly rural Zulu migrant workers, who supported political party Inkatha and the English speaking Xhosa, who supported the ANC. Police with blackened faces planned and provoked violence between the two groups. The Inkatha were as scary as the Whites to many Xhosa urbanites. But the factional fighting just seemed bloody and pointless. The ANC had lost direction, political leadership was all but absent. 'It looked like Mad Max' says Jenny. 'We had gone into a craziness, where people had just become killing machines and there was no sense of humanity left at all. I couldn't see any point in what we were doing, I couldn't see that we were helping the situation at all' Ultimately she couldn't cope any more. For everyone involved in the struggle, so much was personally sacrificed. Lives, relationships, stability, state of mind. Their only hope is that the morality, passion and determination that drove them during the guerrilla years, can be maintained in the new generations of the rainbow nation.
FULL SYNOPSIS
TRANSCRIPT

Gisela Albrecht, Script writer and Co-Director, was born in what is now Poland. While studying theology and literature in Berlin, and later while working in the theatre, she became involved in Africa, firstly in an aid programme during the Biafran conflict and later in film work in Tansania. Her realisation of the similarity between racist politics in Apartheid South Africa and those of the German past, focussed her on this theme and she wrote widely on the subject both as journalist and author. Angela Mai, Co-Director and Producer, grew up as a fourth generation South African in a white family. Unaware at first of the oppression in her country, being exposed to England, while studying theatre and later to Kenya, where she worked in a slum, taught her where she had come from and she became involved in solidarity work through the Anti-Apartheid -Movement.

The idea came when Jenny wanted to write her autobiography and found that after years of being part of a collective struggle she could no longer think or write clearly. As both she and Kevin were wrestling with the effects of their experiences and wanted to explore what being involved in the struggle had cost, without the usual glorification, we set out together to make this film. It took ten years to make as we were beset by ill-health throughout. But maybe it has special value now, as South Africa settles into the mould of a globalised economy, to remember what the goals were which people struggled for in the Apartheid period