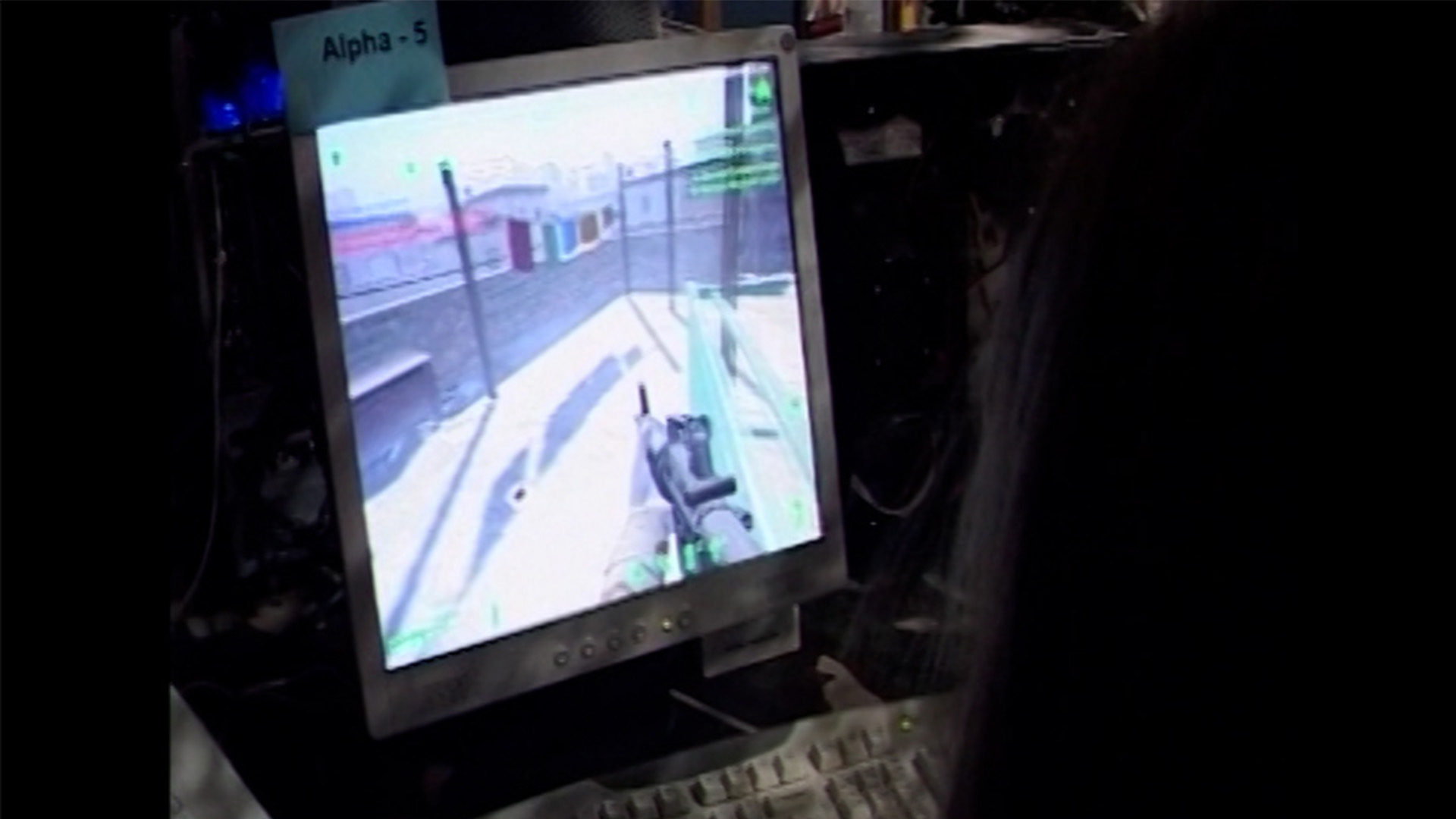 With public support for the war plummeting and deaths of soldiers rising, the US army is being forced to turn to unconventional methods to recruit new soldiers.

It's a Saturday evening and the local army recruiters are hitting town. But they aren't armed with leaflets and posters. Instead they're offer an ultra violent video game, pizzas and soft drinks. 'This is 'America's Army: Special Forces' game' explains army recruiter Sgt Scott Link. 'Kids can get it by coming into the recruiting station'. Players of the virtual reality game are armed with M16s and grenades and are expected to conduct house to house assaults and capture local insurgents. Development of the game cost West Point military academy over $25m, but it seems to be working - it has 5 million registered users, a figure growing by 100,000 per month. And although the game itself may not convince people to join, the fact they turn up to the events gives Sgt Link a chance to sell the army to the players. Some people worry the game desensitises children to violence. But with quotas for recruitment missed four months in a row, the army can't let such nagging questions get in the way of boosting enlistment numbers.
FULL SYNOPSIS
TRANSCRIPT