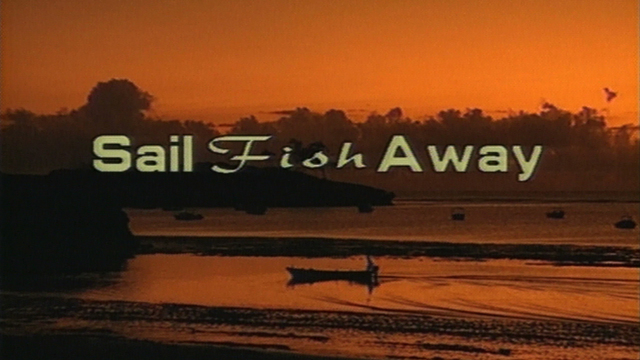 In 'Sail Fish Away', we follow three British anglers as they join local fishermen on the Kenyan coast. Known as the 'The Ritz' the area is the richest in the world for sailfish. Attracting vast numbers of sporting anglers, it is so popular that 40% are here for the second time. Beautifully shot on the stunning Kenyan coast, here is a fantastic insight into life there and fishermen the world over.

At 5am local fishermen wake up to a beautiful sunrise off the Kenyan coast. By 6.30am they are at sea amongst the crashing waves and azure sky, preparing for a day of fishing off Malindi and Watamu Once the fishing day is over, onlookers watch as the catch is brought to shore. Although the British anglers are not commercial anglers, none of their catch is wasted. Fresh fish are used in the hotels, while 'smokable' fish is exported from Malendi. The rest is sold to locals. Investigating the problems of over fishing, and illegal methods, we are shown the destructuve effects of trawlers. Fishing by using bottom nets they cause massive damage to the ecosystem. But, recent changes in Kenyan rules have encouraged a tagging system to secure fish populations, to maintain the natural environment. 'Sail Away Fish' depicts a variety of foreign fishing skills at work on this rich coast. But, by the end we realise the Malendi are in a field of their own.
FULL SYNOPSIS