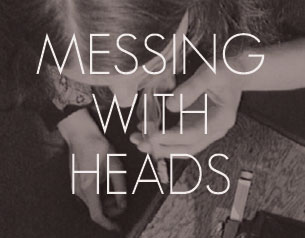 Think smoking pot is a harmless pastime? Think again. According to the latest scientific research, it can cause psychosis, schizophrenia, depression and anxiety disorders. And worryingly, teenagers - the people who indulge most - are those most at risk. In this eye opening documentary, young users now being treated for psychosis speak candidly about their experiences.

"Imagine taking every single emotion, memory, experience, tablet all into one ... and those fighting each other to see who is the victor," explains Danny Moore. To all appearances, he's a healthy, normal young man. But thanks to his heavy cannabis use, he's lucky he's still alive. "He was so manic, his judgement was so impaired, he believed he could do things which would have killed him," states his doctor. Friend Andrew Mcinerney agrees. "There was this one time he tiptoed across the road in front of all these cars who screeched to a halt. He thought it was hilarious." Cannabis is the most popular illicit drug in the world. It's associated with the freedom and values of the 60s, leading to it being seen as a risk free or benign drug. But the cannabis smoked today is much stronger than the weed of the 60s and 70s. "People are coming to it much earlier. They're smoking a lot more and smoking every day. So their pattern of drug use becomes chronic and addictive rather than social and recreational," explains David Murray from the Youth Substance Abuse Service. Another woman knows how addictive and dangerous cannabis can be. Her horrified family were left to watch as she became absorbed in her addiction and pushed them away. "It just sucked the life out of her," recalls friend Glen Turner. "She became an absolute shell of a human being." A gifted artist, all energy and creativity left her during her four your struggle with the drug. She finally thought she had beaten her addiction. But several years later, she began experiencing the same weird thoughts and feelings she had when she was stoned. "The paranoia was actually reality for me," she explains. Her delusions quickly escalated and she became suicidal. By the time she was admitted to hospital, she had developed one of the most severe cases of schizophrenia the doctors had ever seen. Although her condition is now stable, she remains bitter. "I feel like I've lost four years of my life." Her cannabis use and subsequent schizophrenia may have been a coincidence. But doctors doubt it. New research has shown that cannabis use reduces blood flow in the brain, damaging its development. As Professor Vaughan Carr from the Neuroscience institute states: "Cannabis use in sufficient quantities may produce cases of schizophrenia in people who otherwise would not have developed it." For many, these warnings come to late. Having overcome their addictions, they'll have to live with permanent mental problems for the rest of their lives. An unflinching look at the dark side of cannabis abuse and the bleak world of drug-induced psychosis.
FULL SYNOPSIS
TRANSCRIPT

Janine started her career more than 25 years ago working for newspapers and later, freelancing for magazines such as The Bulletin and The Australian Magazine. She spent eight years working in commercial television before joining the ABC. Janine has been a producer at Four Corners for the past ten years and more recently began reporting on a number of programs. During her career at Four Corners Janine has worked on many award-winning programs. These accolades include the New York Film Gold Medal, UNESCO Silver Medal, a United Nations Environment Award, a Logie  plus those that were short-listed for Walkley Awards on five occasions. Janine also made a 90-minute special that celebrated Four Corners' 40th year in broadcasting.