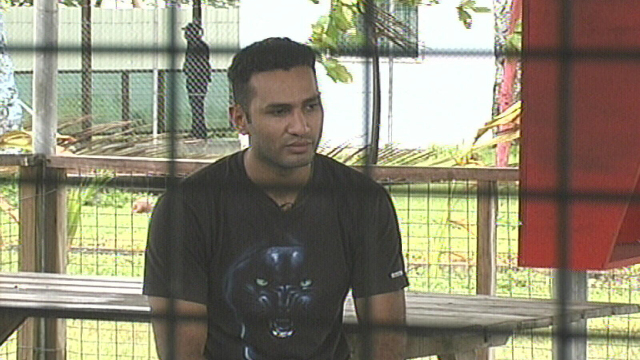 Australia's tough immigration policies are exemplified by the case of Aladdin Sisalem, a Palestinian refugee who was dispatched to Manus Island when he appealed on his arrival in Australia for asylum. Manus Island is outside Australian borders, but immigrants without a legitimate claim to asylum in Australia are routinely dispatched there. When Aladdin arrived at Manus detention centre, there were about 150 people inmates. Now they have all left, and he is alone with nothing to do and no one to see except prison guards and a solitary cat. Punctuated with some stunning views of the surrounding countryside, Dateline interviews some of the key players who can shape Aladdin's future, including his Australian lawyer, and the Australian minister responsible for immigration and cultural affairs. For Aladdin, meanwhile, the outlook remains bleak, and he admits to deteriorating sanity even as he spends his days using his computer to try to find a way out of this most unusual and life-sapping of situations for a refugee in the twenty-first century.