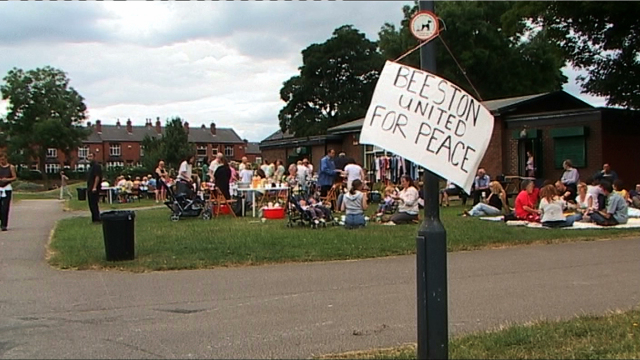 What radicalised and motivated the London bombers? We hear from their friends and neighbours, who previously refused to speak to journalists.

"I think they did it because of racism," confides Zubar, friends with two of the bombers. "I think one day they just thought 'we've had enough and we're gonna do something about it.'" Like many English Muslims, Zubar feels persecuted because of his religion. "Our religion is getting vilified every day. Islamophobia is a common thing." But other locals refuse to even acknowledge their friends' responsibility. "After 9/11 they're just looking for any Asian man with a beard to blame." Even the city's white residents are reeling from the news. Julie's two children were taught by one of the bombers, Mohammed Sadique Khan. "He was basically a nice guy." Now she feels betrayed. "You just don't know who to trust in the Muslim community any more." Community leader Aftab Ahmad is worried about the increasing alienation felt by Muslim men. "They're not being accepted. They want to be British, they want to integrate, but their colour and their culture is against them." But with England still on high alert, the pressures on the Muslim community can only increase. Produced by Dateline, SBS Australia
FULL SYNOPSIS
TRANSCRIPT