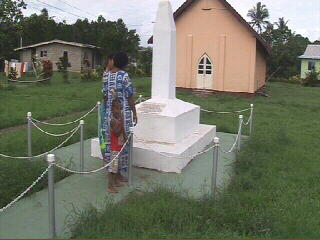 Fiji's 2000 coup divided the island along racial and religious lines. Now there are concerns politicians are stirring up religious animosities for political gain.

Since 2000, there's been a large increase in religious desecrations. Most of the attacks target Hindu temples where Indo-Fijians worship. Now many Hindus are starting to lose patience. "I hope it doesn't develop to a stage where communities confront each other," confides the Prime Minister. He fears the attacks could destabilise the fragile calm.
FULL SYNOPSIS
TRANSCRIPT