A Letter to the Prime Minister

Julia Guest's powerful account of the invasion of Iraq. She traces the non-violent resistance to the occupation. 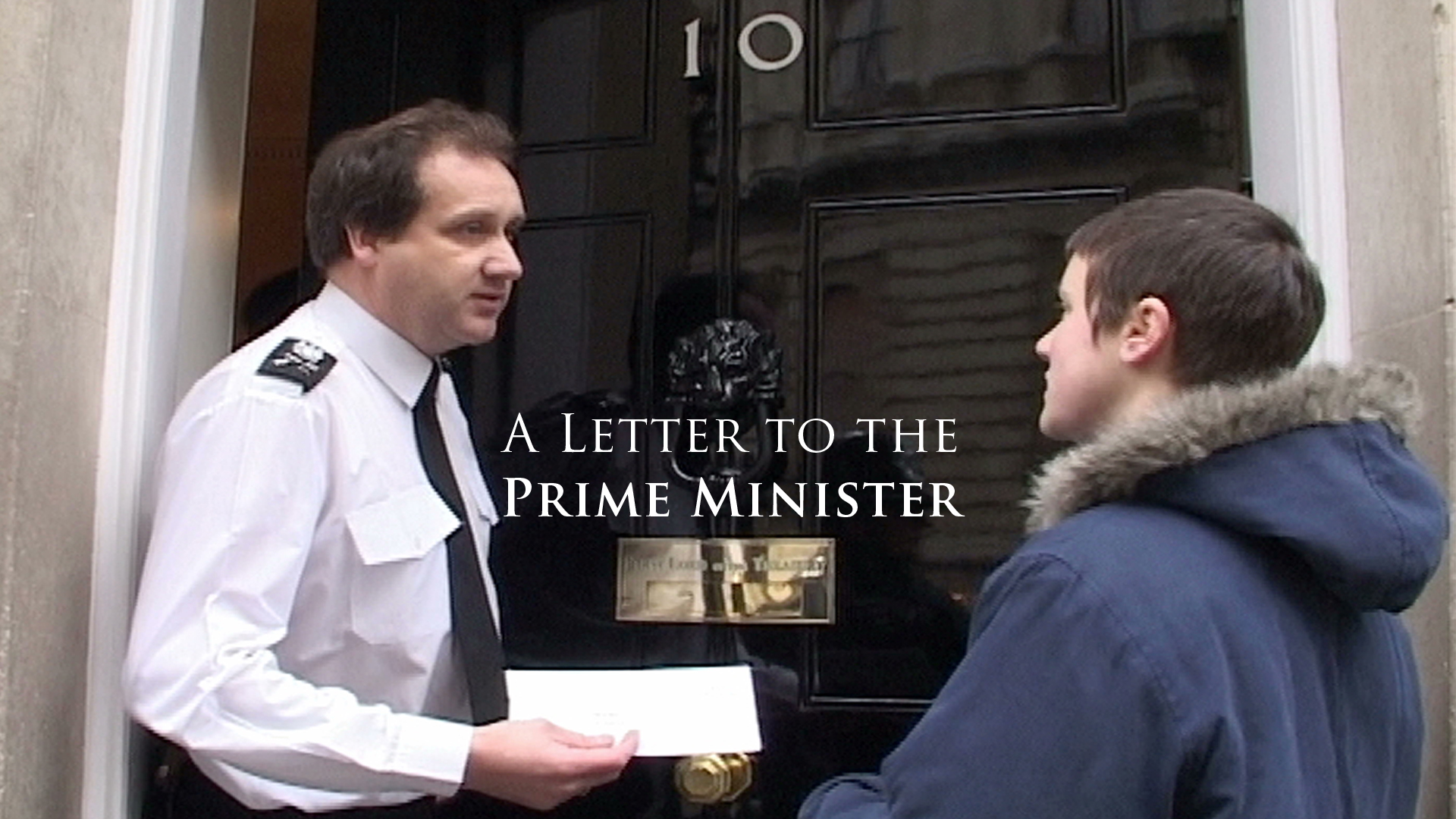 Months before war broke out, renowned human rights activist Jo Wilding left for Baghdad to record violations of the Geneva convention. Filmed over the past few years and narrated as a letter to Tony Blair using original diary extracts, 'A Letter to the Prime Minister' traces the non-violent resistance to the occupation. Includes exclusive and harrowing footage of the siege of Fallujah.

"Dear Tony Blair, I'm leaving for Iraq today to act as a human rights observer," writes lawyer Jo Wilding. "I shall be gathering evidence on breaches of the Geneva convention and other humanitarian law for legal challenges being brought against the British government." With war virtually certain, she was worried that, once again, Iraq's civilians would be unfairly targeted. "This war will cause the Iraqi people untold suffering," she laments. The first thing that struck her on arrival in Baghdad was how surprisingly normal everything appeared. Then she noticed everyone was stockpiling food and water. "They are doing their best to prepare for war but who knows if this will be enough?" As bombs started to drop, she began recording the human casualties. The hospitals are full of civilians hit by cluster bombing. "Where are the United Nations? What crime has this country committed?" questions a doctor in despair. "What have these people done?" The Al Jaburi family are just one of the many victims. A bomb destroyed their house, wounding five members of their family. Two relatives are missing. "All of the girls have been hit by shrapnel," cries their mother. The blast made the children's ears bleed. No one can explain why their house was hit. "We are just living in a small village," their mother cries. "There are no targets nearby." Neighbours tell Jo that the plane circled the Al Jaburi house for a while, before attacking in broad daylight. A year later, Jo returned to Iraq. "The plan was to see how the Al Jaburi family had fared after the American occupation of Iraq," she explains. But when she found the family, they were scared to be seen talking to her. "They're really scared of being seen with foreigners," Jo explains. "They were worried someone would tell the resistance that they were informers. They said they were less afraid during the war than they are now." Two weeks later, their village became a stronghold for the Iraqi resistance. Frustrated by the sheer scale of destruction and the amount of traumatised children she was seeing, Jo wanted to do something directly to help. She formed the Boomchucka Circus to work with school children and refugees. "The idea was just to get the children laughing and to displace the violent images in their minds with something vivid and fun." When reports came in that Fallujah was being attacked Jo wanted to help the civilians trapped inside the city. Despite the danger, she headed straight there. "Don't make any sudden movements. There are snipers everywhere," warns her translator. Exclusive footage from the besieged city of Falluja creates a moving picture of the terrible impact of the war on ordinary Iraqi people. "They said there was a ceasefire. People went out to do some shopping. Everyone who went out was shot," laments the doctor. Today, virtually the entire population of Fallujah live in squalid refugee camps. "Powerful countries like the United States feel able to flout international laws because of the lack of institutions able to impose them," complains Wilding. Her actions and this film itself questions an unjust and damaging Occupation and stands as an act of remembrance for Iraq's numerous civilian casualties.
FULL SYNOPSIS
TRANSCRIPT