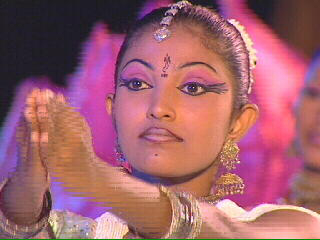 She's survived assassins, fought a civil war and is now overseeing her country's reconstruction. But what are Kumaratunga's real objectives?

Following decades of civil war and the devastation of the Tsunami, Sri Lanka is in crisis. "President Kumaratunga has not done anything for us," laments one woman. Aid agencies accuse her of hindering the Tsunami relief effort and 70,000 have died in the civil war. Even Kumaratunga admits violence is endemic. "The violence has killed off or driven out some of the most talented people in this country." She's vowed to power share with the Tamils but her concessions haven't stopped the bloodshed. Constitutionally, she has to step down as President next year. But whether Kumaratunga will ever depart the political stage remains to be seen.
FULL SYNOPSIS
TRANSCRIPT