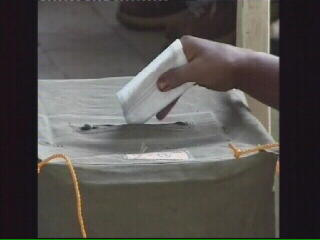 Only a few months ago, Ethiopia was being touted as Africa's great hope. So why was its first elections marred by political assassinations, widespread fraud and intimidation?

"This could potentially explode at any moment. It is a very, very dangerous situation," warns EU Ambassador Tim Clark. Following elections dominated by murder, harassment and vote rigging, opposition parties are ready to disown the official results. "They told urban dwellers if they didn't vote their way, they'd lose all social benefits," complains candidate Nebro Legesse. More than 40 unarmed protestors were murdered at a rally against vote rigging and hundreds others wounded. As Clark fears: "People's voting has been taken away from them. There is despair, distrust, tension and hostility. And that's a recipe for civil war."
FULL SYNOPSIS
TRANSCRIPT